Endings and New Beginnings
Previously in “The Accords”: The team almost came to blows once again over Percy. Seer, Segura, and Howl found out the rest of the team has Percy; however, Percy has been kidnapped. United again, the team confronted Calloway, who had been interrogating Percy with the help of his colleague, Mau. Percy appeared to the team, seemingly in a daze. Calloway invited the team to the presidential rally at Madison Square Garden the next day. Seer confessed to her teammates why she had “defected.” At the rally the following day, Corazon came up with a plan as the president was somehow able to get his followers to summon a dark angel, who broke through the roof of MSG and sent rubble in the direction of the team. Is Seer’s fatal vision about to come true?
See More See Less 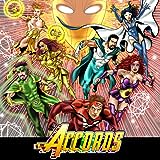 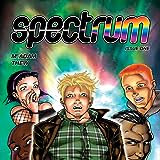 Spectrum
What if you had to "come out" twice? Richie Sorensen is an average teen just learning about what it means to be gay. Then one night he is enveloped by the Northern Lights and his world begins to change around him- he gains powers of light, making him both a literal and a figurative spectrum- a rainbow of colour and of life. 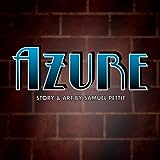 Azure: Into the Penumbra: Part One
Former supervillain, Ash, finds the road to redemption rough when he opens a portal into the Shadow-Verse and inadvertently loses the nephew of a prominent superhero there. Can Ash avoid blame and get him back before the Penumbra destroys him? 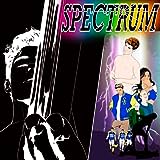 Spectrum
When you are from a small town, every day seems the same. That was true for Wendall until tragedy struck, literally. With just one incident, Wendall's life is forever changed. With new heroic abilities, every day now brings new challenges, new enemies, and new secrets! 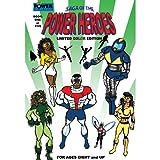 Saga of the Power Heroes
First issue of the exciting superhero anthology series. When a powerful super villain threatens the city of Philadelphia, it takes the combined might of six superheroes who have just formed a team to stop him.