The Oscar-winning screenwriter of 12 Years a Slave returns for an all-new chapter in his alternate history of The American Way!

In 1962 Jason Fisher was given astonishing powers by the United States government—powers he used to defend the nation as the New American. He and his teammates in the Civil Defense Corps were real-life superheroes.

Except that it was all a fraud. A conspiracy. And now, 10 years after the CDC was torn apart by racism, infighting and murder, the Corps’ surviving members find themselves pulled in very different directions. Missy Devereaux—a.k.a. Ole Miss—is transitioning from the First Lady of Mississippi into a candidate for governor and defender of a vanishing and hateful way of life. Amber Eaton—formerly known as Amber Waves—has become a domestic terrorist, using her powers to infiltrate and destroy the country’s centers of power.

Somewhere in the middle stands Jason Fisher, who has remained a crime-fighter even as evidence mounts that he is accomplishing nothing besides propping up a system that’s rigged against him as a black man in America.

In a nation being torn apart, what does it mean to fight for the American way?

A decade after the debut of their groundbreaking WildStorm series The American Way, Academy Award-winning writer John Ridley (12 Years a Slave, American Crime) and artist Georges Jeanty (Buffy the Vampire Slayer: Season 8) revisit their parallel Earth for a look at its gritty 1970s—a time frighteningly like our own—in The American Way: Those Above and Those Below. Collects issues #1-6.
See More See Less 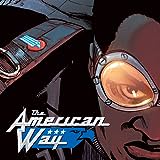 American Way: Those Above and Those Below (2017-2018)
This sequel to the hit miniseries by the original team of writer John Ridley (Oscar-winning screenwriter of 12 Years a Slave and creator of TV's American Crime) and artist Georges Jeanty (Buffy the Vampire Slayer: Season Eight, Serenity: No Power in the 'Verse) moves the story forward in history, factoring in how real-life events might be affected by the presence of superheroes, and how those even 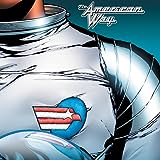 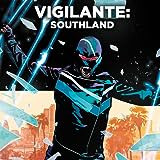 Vigilante: Southland (2016)
"Donny was feeling pretty settled in his cushy life. Even though his girlfriend was politically active, he never gave social justice or racial issues any time. So, when Dorrie discovers something she shouldn't have and ends up dead, no one expects Donny to be the guy to carry on her work-but that's exactly what he does, putting on a mask and taking to the streets. He soon finds himself tangled in 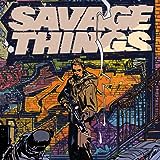 Savage Things (2017)
Twenty-five years ago, a secret government organization kidnapped children and trained them to be chaos agents who went on to foment unrest and execute enemies of the state around the world. When these cold and unfeeling creations proved too difficult to control, the powers that be exterminated their kill squad with extreme prejudice. Too bad it didn’t work. Now a rogue band of the worst m 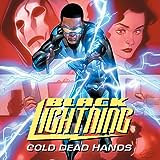