The Art of God of War

Series
The Art of God of War

It is a new beginning for Kratos. Living as a man, outside the shadow of the gods, he seeks solitude in the unfamiliar lands of Norse mythology. With new purpose and his son at his side, Kratos must fight for survival as powerful forces threaten to disrupt the new life he has created.

An intimate chronicle of the years-long odyssey to bring Kratos and Atreus's beautiful and brutal world to life.

Step into Midgard and explore beyond, as Dark Horse Books and Santa Monica Studio proudly present the quintessential companion to the enormously anticipated God of War. This is a document unlike any other that sets readers on an exhaustive behind-the-scenes journey to witness the creation of an epic of tremendous scale. 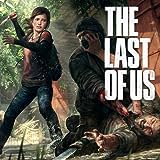 Last of Us
Naughty Dog Studios and Dark Horse proudly present the essential companion to The Last of Us, a richly detailed and compelling game set in a postpandemic world where humans have become an endangered species. Featuring concept art, character designs, and astonishing settings and landscapes, The Art of The Last of Us provides a unique look at one of the gaming world's most eagerly anticipated titles 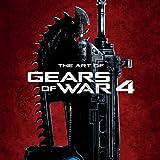 The Art of Gears of War
The Gears of War series has revolutionized third-person shooter action with its gorgeous environments, iconic characters, and brutal action. Now to commemorate the continuation of the Gears epic, Dark Horse Books and The Coalition present The Art of Gears of War 4. Featuring hundreds of individual pieces of art, finished renders, and commentary from the game’s creators, this gorgeous volume is a 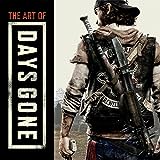 The Art of Days Gone
Dark Horse Books and Bend Studio present The Art of Days Gone — an unflinching look at the lovingly detailed production of this hugely anticipated game, featuring hundreds of pieces of concept art and exclusive commentary directly from the team who created it! Over 200 pages full of concept art and exclusive commentary! Featuring a look behind the scenes with art and commentary provided by the s 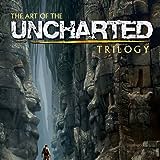 The Art of the Uncharted Trilogy
Adventure alongside Nathan Drake, as Dark Horse Books and Naughty Dog team up to bring you this breathtaking, comprehensive exploration into the Uncharted saga! Encompassing Drake's Fortune, Among Thieves, and Drake's Deception, this epic volume offers a look at hundreds of never-before-seen designs and pieces of concept art from the creation of one of the most exciting game series of this generat