The Ballad of Yaya

Series
The Ballad of Yaya
Subscribe to Series
How Subscriptions Work

Shanghai, November 1937. Yaya, the eight-year-old daughter of a diamond merchant, lives a life of luxury in the French Concession in Shanghai. Her one great passion is the piano. While she is preparing for an important audition, her father decides that the family must leave town in the face of the imminent Japanese invasion. The evening before all the family is to leave, stubborn Yaya, unaware of the danger, runs away in an attempt to make it to her audition come what may. On the way, in the midst of the crowd fleeing the Japanese offensive, She is caught in a bombardment. She owes her life to Tuduo, a street urchin who discovers her unconscious in the ruins of a house. With his help, Yaya learns that her family fled for Hong Kong without her, and she determines to go join them there right away. Tuduo begins to dream about what his life would be like if Yaya's parents welcomed him and his little brother into their beautiful home. He decides to go along with Yaya on her long and perilous journey. But before he can do anything, he must escape from the clutches of Zhu, who runs a gang of homeless boys. When Zhu learns that Tuduo's little prot√©g√©e is from a very wealthy family, he comes up with a Machiavellian plot to kidnap her and collect a ransom. Tuduo and Yaya barely manage to get away and head off for the south. But Zhu, a heartless outlaw, doesn't give up so easily¬†and comes after them, driven by his high hopes of cashing in on the ransom scheme. This nine-volume series chronicles their long journey fraught with perils. The children meet all sorts of people, both friendly and wicked, as they travel toward¬†Hong Kong. Yaya and Tuduo are different in every way: social background, character, dreams, and desires. These children learn many growing lessons along the way, not the least of which is to judge a person on their character, not their social or financial status. The gloom of war, its absurd tragedy, gives way to the incredible capacity of youth to overwhelm grim reality. Imagination is the only thing these children have to defend themselves against adults who are like the ogres, evil fairies, or good witches of bedtime tales. Their imagination gives the story a touch of poetry, while humor brings a lighter touch to a story that is steeped in genuine historical tragedy. 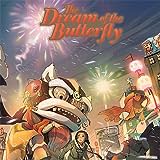 The Dream of the Butterfly
Tutu is lost in a village where winter is eternal and the rabbits of the secret police find her guilty of one of the worst crimes imaginable‚Äîbeing a little girl! The Emperor of this strange town holds the key to her redemption, but it will come at a price. 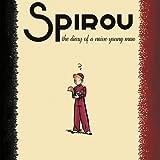 Spirou By... The Diary of a Naive Young Man
Summer 1939, Brussels. The orphaned teenager Spirou is working as a bellboy at a fancy hotel, living in a small apartment with his pet squirrel, Spip, and taking his first steps into the land of romance with a girl whose name he doesn't even know. Meanwhile, the world is rushing headlong towards war. Conflict is not inevitable, however, as Polish diplomats have agreed to meet the Nazis at Spirou's 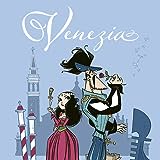 Venezia
After their first explosive encounter, Giuseppe and Sophia hate one another with a passion. As fate would have it, both have a secret identity permitting them to conduct investigations incognito. Once his false mustache and wig are removed, Giuseppe becomes "the Eagle." And when her tights and black hood are donned, Sophia transforms into "the Black Scorpion." The Eagle and the Scorpion feel an ir 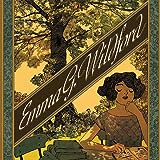 Emma G. Wildford
"Take a journey back in time to the roaring twenties, in a tale of mystery, grand adventure, and love. Join Emma G. Wildford in a Gatsby-era globetrotting search for her missing fiancé – beautifully illustrated by Edith and evocatively written by Zidrou. Shortlisted at the Angouleme International Comics Festival 2018."