The Battle of the Bulge: A Graphic History of Allied Victory in the Ardennes, 1944-1945

Series
The Battle of the Bulge: A Graphic History of Allied Victory in the Ardennes, 1944-1945

Fought in the winter of 1944–1945, the coldest in over 100 years, the Battle of the Bulge still ranks as the single largest battle ever fought by the United States Army. Thirty-one American divisions—fully one-third of the U.S. Army raised during World War II—saw action in this battle. But it was also a test: could this conscript army from a pacifistic democracy defeat the best remaining men and machines that Germany’s totalitarian government could produce?

In Battle of the Bulge, author and artist Wayne Vansant brings readers into the frozen foxholes, haunting forests, and devastated villages of the Ardennes during that freezing cold winter. With meticulous historical accuracy and hand-drawn visuals that can tell a story in ways words alone cannot, Vansant recounts the Bulge with insightful detail, replaying the thrusts and volleys of both the combined Allied andGerman forces during the tumultuous battle. This is a story of panic, fear, and physical misery; a story of how a generation of draftees, National Guardsmen, and a small core of regular officers and NCOs faced those three elements as snow piled around their foxholes and the incessant drumming of artillery splintered the woods that gave them shelter. It is the story of men, frozen and hurting, far from home and holding little hope of seeing it again until the killing finally ended. But above all, Battle of the Bulge is a story of incredible triumph, now beautifully illustrated in graphic novel format for the first time.
See More See Less 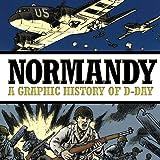 Normandy: A Graphic History of D-Day, the Allied Invasion of Hitler's Fortress Europe
Normandy depicts the planning and execution of Operation Overlord in graphic novel form. The initial paratrooper assault is shown, as well as the storming of the five D-Day beaches: Utah, Omaha, Gold, Juno, and Sword. But the story does not end there. Once the Allies got ashore, they had to stay ashore. The Germans made every effort to push them back into the sea. This book depicts the key events 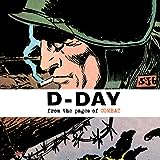 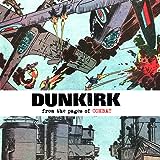 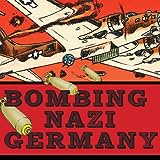