NOTE: This comic is for adult viewers only, due to sexual content and nudity.
An evil so profound it threatens all mankind... the mightiest heroes on the planet uniting to defend us all... a secret crisis of such utter finality that a countdown to civil or infinite war seems unavoidable... but have you ever wondered what really happens during Crossovers? The Seven, Payback, Teenage Kix, Fantastico and every other supe on Earth team up for an annual event like no other... and where the supes go, can a certain 'five complications and a dog' be far behind? Vought-American prepare to make their move, in a story that will change the world of the Boys forever: Herogasm #1. The first-ever Boys spin-off mini-series features the pairing of Ennis with Hitman artist John McCrea and covers by Boys artist and co-creator Darick Robertson!
See More See Less 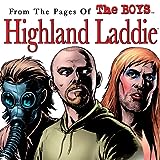 The Boys: Highland Laddie
Everyone's favorite pint-sized Scotsman gets his own origin story, with art by Herogasm artist John McCrea. Mind reeling from recent events in The Boys, Wee Hughie heads home to Auchterladle, the semi-idyllic Scottish seaside town where he grew up. All Hughie wants is some time to himself, to return to the bosom of family and friends, to get his head together after two years of unimaginable, unrem 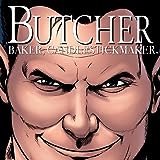 The Boys: Butcher Baker Candlestickmaker
The story of Billy Butcher, the Boys' mysterious leader, is told at last. From the backstreets of London's East End to the carnage of the Falklands War, from the heights of love to the depths of tragedy, the most violent man in comics reveals the terrible nature of the forces that drive him. And when he's done, he'll be ready... to finish things once and for all. MATURE THEMES
The Boys
Dynamite Entertainment never actually had the honor of publishing issue #1 of the Boys (we started with #7), but now we're going to do it! 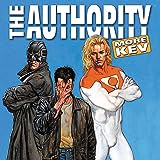 The Authority: More Kev
Saving the world is an everyday occurrence for the Authority...but not for Kev Hawkins! An alien armada stands poised to assault Earth, bent on destruction and genocide. When the Authority lost their initial encounter with the invaders, Kev must fight them off--alone. Is the world doomed?