THE GHOSTS OF EVILS PAST by Paul Kupperberg, Rick Stasi and Barbara Kaalberg Where have all the heroes gone? The incredible aftermath of a certain showdown in Sunuria that Charlton action fans deserved!

CAREER GIRL ROMANCES by Larry Wilson and Joe Staton Following the tradition of the racy romance comics, Chapter One follows the further adventures of Nurse Betsy Crane and her circle of bed-hopping medical staff... and we ain't talking their caduceus!

DOOMSDAY +1 by John Byrne Who says you can't go home to the future again! A post-apocalyptic pin-up!

JONNIE LOVE by Michael Mitchell Charlton's resident Easy Rider is on the road again in a far-out tale of intrigue, drugs, deceit... and incest?!

CHARLTON HORROR ART GALLERY by Mort Todd You are cordially invited to the opening of the Charlton Horror Art Gallery, where you will be reintroduced to the hoary, and sometimes whorey, hosts of Charlton ghost comics!

THE HOSTS OF HORROR by Lou Mougin and Mort Todd What do you do when your horror magazine gets cancelled? Find out the tragic and topical truth as the Charlton Horror Hosts find themselves evicted and in a world they never made, or could possibly be prepared for!

THE CHARLTON WESTERN ROUND-UP by Steven Thompson There was a time when Cowboys were kings of the silver screen, TV and comic books! A look at the real-life movie cowboys that once rode the Charlton range.

GROK 70,000 A.D. by Javier Hernandez Charlton published many titles based on TV shows, movies and even a President's daughter! Since we don't have the rights to this one, can you guess which comic inspired this pin-up?

SPOOKMAN by Roger McKenzie and Sandy Carruthers Is he arcane evil or a righter of serious wrongs? A horrific tale of weird justice featuring the supernatural character created by legendary artist Pat Boyette.

MISS BIKINI LUV by Batton Lash There sure is no better way to round out this issue than with a go-go-roovy pin-up!
See More See Less 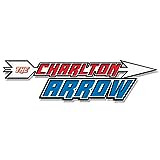 The Charlton Arrow
The Charlton Arrow #2 is a color comic blockbuster, featuring stories and art by well-known contributors to such companies as DC Comics, Marvel and Archie, including a few Charlton veterans, alongside amazing new talent! It features comics, pin-ups and articles by over a dozen creators. 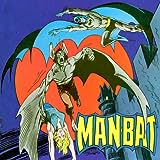 Man-Bat (1977)
"Beware the eyes of Baron Tyme": Story by Gerry Conway. Pencils by Steve Ditko. Inks by Al Milgrom. The evil Baron Tyme has taken control of Man-Bat's wife, Francine, forcing her to try to kill one of his colleagues. Even with the aid of Batman, Man-Bat will be hard-pressed to contain his wife and capture the evil baron. 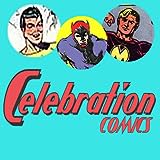 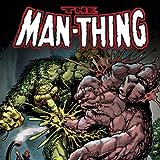 Giant-Size Man-Thing (1974-1975)
The indomitable Glob is born from the ill-fated Joseph Timms! Science and nature collide with grotesque consequences.
The Blue Baron
For more than two centuries, the Blue Baron has conquered alien invaders, maniacal mutants and super-powered psychopaths but will he be able to conquer -- 8th grade?! Sitcomics proudly presents The Blue Baron #1 - a bodyswap comedy with super-powers that shows what happens when a 300 year old hero switches bodies with a 13 year old zero! Written by TV sitcom veteran Darin Henry (Seinfeld, The El