The Ordeal of Richard Feverel Pt. 1
George Meredith wrote a book on the salitniess of a bitter, jaded, sub par single father trying with all his might to show his only son that women are the worst creatures on the planet. But what if said son falls in love anyway?

And...what if two mysterious, and crunk, Time Travelers modernize they story while eating chicken fingers and slugging down malt liquor?

This is the retelling of The Ordeal Of Richard Ferverel; a book you'd probably never read, but is Victorian Jerry Springer made prose.
See More See Less 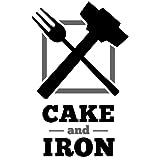 The Chrome Carriage: The Ordeal of Richard Feverel
Tolstoy in the Trap. Pimps in Pride and Prejudice. The Victorian era of literature becomes the sneaky link to The Urban Dictionary. Follow along as The Muse, and her Driver, taint the European countryside with hot sauce, spinning rims and malt liquor as they retell the classics in their Chrome Carriage. It'll be crunk, Gov'nah.