"And I looked, and behold a pale horse: and her name that sat on her was Death, and Hell followed with her..."

Mary Jane the Bounty Hunter wanders the Post Apocalyptic Wasteland seeking Justice, Vengeance, and Retribution. She was born into a world that was re-forged by atomic fire.No one remembers how or why judgment day started, only the remnants of earth's lost civilizations can be found in its scorched ruins. In the decades that followed, mankind slowly began to rebuild and repopulated through an unforgiving wasteland, craving new civilizations upon the ruins of the old world. With civilization, came the rule of law, and those who enforce the law. There will always be those who operate outside the law, and those who believe they are above the law; these are who Mary Jane brings to justice. Mary Jane quickly built a name and reputation for herself, often for her thorough, relentless, and ruthless methods. With the combination of her cunning, resourcefulness, and intellect, no man, woman, or beast can evade her for long.
See More See Less 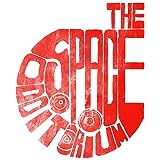 The Space Odditorium
She's spunky and spry and she almost always lands on her feet. She's Major Trauma, a survivor of the Stowan invasion of Earth in 1994 and she's a favorite contestant on the deadly reality game show, The Space Odditorium. But what happens when you raise a girl isolated in space and exposed to reruns of Full House...? She becomes a borderline schizophrenic. Witness the deviant antics of Major Trauma 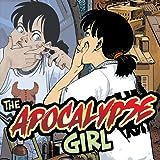 The Apocalypse Girl
Most common teenage issues are self-esteem, stress and pressure, dating, appearance and those worries and teen angst that won't go away. Metis is 16 and has all these problems and more. Because on top of that, the End of the World happened! 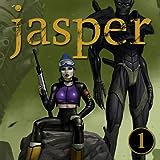 Jasper
On a strange, hostile world, a young woman befriends an alien killing machine that has forgotten what it is. 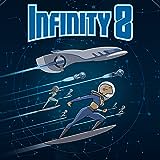