Series
The Comics Journal
Subscribe to Series
How Subscriptions Work

The Comics Journal, which is renowned for its in-depth interviews, comics criticism, and thought-provoking editorials, features Gary Groth in frank and often hilarious discussion with the satirist and children’s book author Tomi Ungerer. Ungerer talks about the entire trajectory of his life and career: growing up in France during the Nazi occupation, creating controversial work, and being blacklisted by the American Library Association. This issue, the first in its new twice-a-year format, covers the “new mainstream” in American comics ― how the marketplace and overall perception of the medium has drastically shifted since the “graphic novel boom” of the early 2000s and massive hits like Persepolis, Fun Home, and Smile. It also includes sketchbook pages from French-born cartoonist Antoine Cossé’ an introduction to homoerotic gag cartoons out of the U.S. Navy; and Your Black Friend cartoonist Ben Passmore’s examination of comics and gentrification.

Now: The New Comics Anthology
This is the launch of brand-new, periodic anthology of comics from some of the best cartoonists in the world, such as Eleanor Davis (How to be Happy). Now is an affordable and ongoing (three times a year) anthology of new comics that appeals both to the comics-curious as well as the serious aficionado. It's a platform for short fiction, experimentation, and for showcasing diversity in the comics f 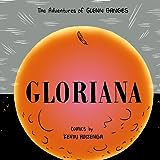 Gloriana
"Formally innovative explorations bring poetry to the quotidian In Gloriana, Kevin Huizenga exposes the mechanics that underpin everyday life. His protagonist, Glenn Ganges, has conversations about dish soap and library visits that are both faithful depictions of mundane interactions and existential dissections of the units that construct our lives. Huizenga has an understated, quiet approach t
Dal Tokyo
Gary Panter began imagining Dal Tokyo, a future Mars that is terraformed by Texan and Japanese workers, as far back as 1972, appropriating a friend’s idea about “cultural and temporal collision” (The “Dal” is short for Dallas).Why Texan and Japanese? Panter says, “Because they are trapped in Texas, Texans are self-mythologizing. Because I was trapped in Texas at the time, I needed to b 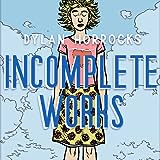