The Complete Suiciders: The Big Shake

L.A. was once the City of Angels, but that was before the Great Quake came and shattered everything about her that was civilized. In the aftermath, two new cities grew up from the rubble—one of gleaming towers and untold luxury for the haves, and one of barbed wire and grinding misery for the have-nots.

Ringed by high walls and merciless guards, New Angeles is now an island of wealth in a sea of poverty. Outside its borders, a new generation of Angelenos fights for scraps in the rubble while trying desperately to find a way through the fences. Inside, the privileged few have refined their brutality and fused it with old Hollywood’s greatest invention: celebrity culture.

Broadcast in ultra-high definition, biomechanically enhanced gladiators known as Suiciders battle to the death in high-tech arenas. Their duels are a visceral reminder to the world of the power wielded by New Angeles’ corporate masters.

For rich and poor alike, the Suiciders are legends. But like the city they inhabit, their glory is built on a graveyard—and as those bodies rot, the foundations they carry threaten to crack and splinter back into chaos.

Suiciders (2015)
In the post-apocalyptic city of New Angeles, killing isn't just a crime - it's entertainment. When the "big one" finally hit the West Coast, Los Angeles was left in ruins. And when the U.S. government decided to cut the city loose, things went from bad to worse. To survive, L.A. did what it does best: It turned survival into entertainment. Now, thirty years later, the city of New Angeles is thri

Frostbite (2016-2017)
Long after Earth has entered its second ice age, humanity has learned to cope with the frozen elements. In this cold and bleak future, heat is power, and brutal gangs roam the icy wasteland looking for it. If that wasn’t enough, a terrible disease nicknamed “frostbite” is literally freezing people from the inside out. Once you catch it, the effect is instantaneous. There is no immunity, ther 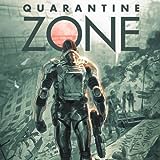 Quarantine Zone
New York Times best-selling author Daniel H. Wilson delivers a thrilling sci-fi series that raises hard questions about `free will and the nature of good and evil. Humanity has discovered the root of all evil: the Malnoro virus-a devastating malady that modifies the neural pathways for empathy. Those infected have been forcibly imprisoned in the Quarantine Zone (whether they choose to do good 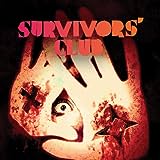 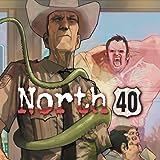 North 40
The residents of an isolated rural area discover superhuman - and supernatural - power in their midst in this title collecting the hit 6-issue miniseries written by Aaron Williams the the artist of the critically accalimed Saga! The power stops at the county line, but inside the afflicted area, something ancient and malevolent stirs as new monsters arise. Can Wyatt, an unlikely hero from the wrong