The Death of Stalin

Series
The Death of Stalin

Fear, corruption and treachery abound in this political satire set in the aftermath of Stalin's death in the Soviet Union in 1953.

When the leader of the Soviet Union, Joseph Stalin, has a stroke - the political gears begin to turn, plunging the super-state into darkness, uncertainty and near civil war. The struggle for supreme power will determine the fate of the nation and of the world. And it all really happened. 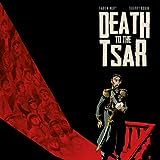 Death To The Tsar
"From the creative team behind the best-selling Death of Stalin comes a brand new political dark comedy! Moscow, September 17th, 1904. A crowd, brandishing sticks, stones and rotten vegetables, gathers in front of Moscow's Governor's Palace. They're not happy." 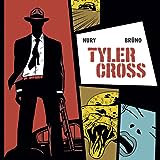 Tyler Cross
Tyler Cross lives his life on a knife edge, but never shows the slightest sign of losing his cool. Guns, drugs and the occasional well-placed explosive combine with trip-off-the-tongue, hardboiled noir dialogue to make this an unforgettable plunge into the dark side of the American dream.
Katanga
1960: Katanga breaks away from the Republic of Congo-Léopoldville to become its own republic, backed by the UMHK, a Belgian mining company. When the UN sends in its peacekeeping forces, the UMHK responds by hiring its own mercenaries. Amidst this chaos, $30 million in diamonds goes missing, only to turn up with a man named Charlie at a refugee camp nicknamed “Camp Cannibal.” Soon enough, ever
Bottled
Jane is sick of her dead-end life in the suburbs, and desperate for a change. Her old friend Natalie made it out, living in Japan as a fashion model. Now, as Natalie comes back to town on business, Jane sees a way for her friend to do her a favor… whether she likes it or not.