The Freebooters is a lively, character-driven graphic narrative set in a fantastic, ancient milieu that superficially bears resemblance to a world that will be familiar to longtime Windsor-Smith fans who remember his work on another famous warrior. This volume collects the entirety of Windsor-Smith's "The Freebooter" stories from the acclaimed BWS: Storyteller comic book series from the early 1990s, including a full-length chapter from the unpublished tenth issue, plus more than 50 pages of new story. The Freebooters is amongst the most raucous and literate comics of Windsor-Smith's career, the culmination of a lifetime of experience and knowledge, approaching his comics with a seriousness of purpose while never losing his unmistakable sense of humor. A ripping good yarn! 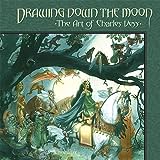 The Art of Charles Vess
The fantasy art of Charles Vess is acclaimed worldwide, his rich palette, striking compositions, and lavish detail second to none. Vess has created memorable works for such best-selling fantasy authors as Neil Gaiman, Susanna Clarke, Charles de Lint, and George R. R. Martin, as well as a who's who list of publishers and clients. His art is both breathtakingly singular while recalling the golden ag 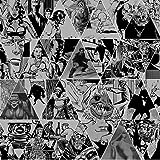 witzend
When the formulaic constraints, censorious nature, and onerous lack of creator's rights in mainstream comics got to be too much for the brilliant cartoonist Wallace Wood, he struck out on his own with the self-published witzend. It became a haven for Wood and his fellow professional cartoonist friends where they could produce the kind of personal work that they wanted to do, without regard to comm 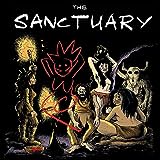 The Sanctuary
In Nate Neal's first full length graphic novel, the author explores the primal mysteries and sordid inner workings of a Paleolithic cave-dwelling tribe, creating an original "silent" reading experience by using symbols instead of words. When a mysterious nomad girl is offered up as an item of trade, she seeks refuge by forming a tenacious friendship with the local cave-painter turned outcast. Toge
Squa Tront
Five years in the making and meticulously edited by John Benson, Squa Tront returns with a profusion of rare and interesting features from the EC era: the story behind Basil Wolverton's first EC art; Howard Nostrand's last interview; art from the unpublished third issue of Flip; Jack Davis's WWII cartoons; plus EC era art by Wallace Wood, John and Marie Severin, Harvey Kurtzman, and Roy Krenkel. T