Holly Black and Ted Naifeh weave another masterful mix of fantasy and the unexpected.

After biding their time, the faeries have taken control of the human world. The fey and mortals might not be such good neighbors after all.

Rue's world is fragmenting. The fey have taken over her city, and now the humans must share. Her grandfather is gone. Her faerie mother is triumphant. Her human father is despondent. And her boyfriend? He would rather be eaten alive by mergirls than be with Rue.

Tension between the humans and faeries is growing, and Rue feels pulled in both directions. In some ways, she feels like her place is in the human world -- with her friends, her father, and the humans who want to protect themselves. But then there's her fey half -- with her beautiful, dangerous mother, the faeries, and her kinship with the natural world. Can Rue fix the rift between the fey and the humans? Or does she have the courage to continue her grandfather's interrupted plan?
See More See Less 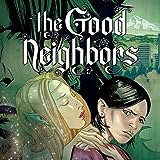 The Good Neighbors
From the amazing imagination of bestselling author Holly Black, a mysterious and wonderful teen graphic novel masterpiece, where the contemporary world collides dangerously with the world of faerie. 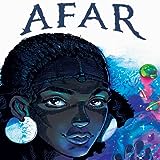 Afar
In a fantastical post-industrial desert, fifteen-year-old Boetema suddenly develops the ability to astral project to other planets while she sleeps. When she accidentally gets a young man hurt on a planet light-years away, she must figure out a way to project back to save him. On her own world, Boetema's two parents have temporarily left her and her thirteen-year-old brother, Inotu, to make a livi
Courtney Crumrin and The Night Things
Courtney liked her life. She had friends scattered throughout her city neighborhood. She enjoyed school, and her teachers and classes were the best. But that was before. Now Courtney's parents have dragged her out to a high-to-do suburb to live with her creepy Great Uncle Aloysius in his spooky old house. And while her parents have slipped easily into their new social status, Courtney now has to d 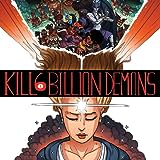 Kill Six Billion Demons
In this collection of the first story arc of the popular webcomic Kill Six Billion Demons, sorority sister Allison Ruth must travel to Throne, the ancient city at the center of the multiverse, in an epic bid to save her boyfriend from the clutches of the seven evil kings that rule creation. Includes excerpts from in-universe religious texts, stories, and more 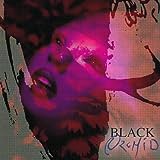 Black Orchid (1988-1989)
Award-winning writer Neil Gaiman and artist Dave McKean team up for the tale of the Black Orchid, a mysterious heroine who journeys through love and darkness, madness and horror-and from death to redemption.