When Tom is led out into the woods to catch up with a friend over fishing and beer, their night takes a sharp turn in a terrifying direction. Filled with some of the best story twists in modern horror, The Horror Show has proven itself to be a shining example of the genre.

"A fantastic little foray into the world of EC-style, retro storytelling with plenty of action, gore and twists." - Mark Kidwell, Creator of '68

"The creative team of James Maddox and Todd Beistel have a winner on their hands with this book." - Decapitated Dan
See More See Less 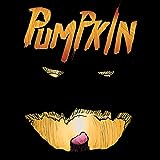 Robert Bloch's Pumpkin
From the mind of Robert Bloch, writer of Psycho, with an adaptation by famed horror writer, Steve Niles! A story that reminds us that childhood fantasy sometimes proves to be much more than just whimsy. 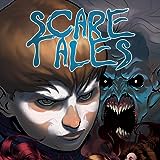 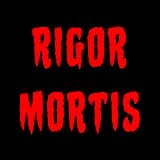 Rigor Mortis
Tales of horror guaranteed to make you question everything and never go to bed in a dark room again! 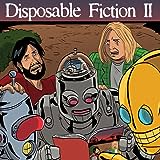 Disposable Fiction
Disposable Fiction presents it's second volume of the successful webcomic in one collection. Fifteen stories each completed with a different artist from around the world to bring you ever changing tales of genre and characters. Volume Two collects five books of Crime, Horror, Games and Chance, Comedy, and Doomed Romance. This collection brings stories of aliens, the homeless, carnivorous plants, l