English mathematician and scientist Alan Turing (1912–1954) is credited with many of the foundational principles of contemporary computer science. The Imitation Game presents a historically accurate graphic novel biography of Turing's life, including his groundbreaking work on the fundamentals of cryptography and artificial intelligence. His code breaking efforts led to the cracking of the German Enigma during World War II, work that saved countless lives and accelerated the Allied defeat of the Nazis. While Turing's achievements remain relevant decades after his death, the story of his life in post-war Europe continues to fascinate audiences today.

Award-winning duo Jim Ottaviani (the #1 New York Times bestselling author of Feynman and Primates) and artist Leland Purvis (an Eisner and Ignatz Award nominee and occasional reviewer for the Comics Journal) present a factually detailed account of Turing's life and groundbreaking research—as an unconventional genius who was arrested, tried, convicted, and punished for being openly gay, and whose innovative work still fuels the computing and communication systems that define our modern world. Computer science buffs, comics fans, and history aficionados will be captivated by this riveting and tragic story of one of the 20th century's most unsung heroes.
See More See Less

The Imitation Game: Alan Turing Decoded
English mathematician and scientist Alan Turing (1912–1954) is credited with many of the foundational principles of contemporary computer science. The Imitation Game presents a historically accurate graphic novel biography of Turing's life, including his groundbreaking work on the fundamentals of cryptography and artificial intelligence. His code breaking efforts led to the cracking of the Germa 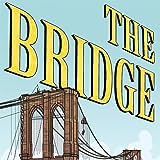 The Bridge: How the Roeblings Connected Brooklyn to New York
More than 130 years after its completion, the Brooklyn Bridge remains one of the most extraordinary landmarks and symbols of Brooklyn and New York City—and the story behind this architectural marvel is just as extraordinary. The Brooklyn Bridge was originally designed by John Augustus Roebling, but it was his son, Washington, and his daughter-in-law, Emily, who oversaw the bridge’s constructio
Shape of Ideas
What does an idea look like? And where do they come from? Grant Snider's illustrations will motivate you to explore these questions, inspire you to come up with your own answers and, like all Gordian knots, prompt even more questions. Whether you are a professional artist or designer, a student pursuing a creative career, a person of faith, someone who likes walks on the beach, or a dreamer who si 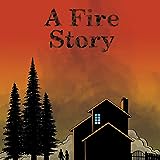 A Fire Story
Early morning on Monday, October 9, 2017, wildfires burned through Northern California, resulting in 44 fatalities. In addition, 6,200 homes and 8,900 structures and were destroyed. Author Brian Fies’s firsthand account of this tragic event is an honest, unflinching depiction of his personal experiences, including losing his house and every possession he and his wife had that didn’t fit into t
Trashed
Every week we pile our garbage on the curb and it disappears-like magic! The reality is anything but, of course. Trashed, Derf Backderf's follow-up to the critically acclaimed, award-winning international bestseller My Friend Dahmer, is an ode to the crap job of all crap jobs-garbage collector. Anyone who has ever been trapped in a soul-sucking gig will relate to this tale. Trashed follows the rau