"A visual biography of the groundbreaking investigative journalist

Born in 1864, Nellie Bly was a woman who did not allow herself to be defined by the time she lived in, she rewrote the narrative and made her own way.
Luciana Cimino's meticulously researched graphic-novel biography tells Bly's story through Miriam, a fictionalized female student at the Columbia School of Journalism in 1921. While interviewing the famous journalist, Miriam learns not only about Bly's more sensational adventures, but also about her focus on self-reliance from an early age, the scathing letter to the editor that jump-started her career as a newspaper columnist, and her dedication to the empowerment of women. In fact, in 1884, Bly was one of the few journalists who interviewed Belva Ann Lockwood, who was the first woman candidate for a presidential election—a contest that was ultimately won by Grover Cleveland—and Bly predicted correctly that women would not get the vote until 1920.
Of course Bly's most well-known exploits are also covered—how she pretended to be mad in order to get institutionalized so she could carry out an undercover investigation in an insane asylum, and Bly's greatest feat of all, her journey around the world in 72 days—alone—which was unthinkable for a woman in the late 19th century. As Miriam learns more of Bly's story, she realizes that the most important stories are necessarily the ones with the most dramatic headlines, but the ones that, in Nellie's words, "come from a deep feeling."
This beautifully executed graphic novel paints a portrait of a woman who defied societal expectations—not only with her investigative journalism, but with her keen mind for industry, and her original inventions."
See More See Less 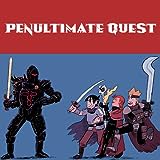 Penultimate Quest
In a witty, genre-defying tale of magic, mystery, and philosophy, brave warriors must learn the difference between diversion and escape as they try to break the cycle of a penultimate quest in which the final fantasy never arrives. 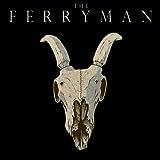 The Ferryman
Caleb Stevenson is a man of means and education who chooses to spend his days in his dead father's shack, occasionally ferrying guests over to Lord Leversham's private hunting grounds. A peculiar visitor to the island forces Caleb to confront the ghosts of his past as well as the ghost of the island itself. 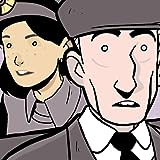 Polly and Hangraves: A Sinister Aura
Mystery writer and amateur sleuth Polly Underhill solves crimes aided by her valet Handgraves in 1920s New England. Polly is guided by visions of the victims which help her to discover just who is behind it. 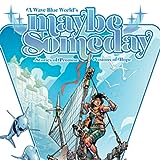 Maybe Someday
The highly anticipated sequel to the New York Times featured, Ringo Award-nominated anthology All We Ever Wanted. This new collection presents 27 original stories that will inspire readers and restore their belief that a better world is possible. Featuring a diverse array of today's top talent coming together to share their visions of a brighter future.