WHY BOOM! LOVES IT: Ever wonder what's behind that "No Trespassing" sign? Co-creators André Sirangelo and Gabriel Iumazark takes us deep into the renegade world of urbEx (urban exploration). Throw in a decades-old conspiracy involving vaudeville magicians and occult spiritualists and you've got us hooked.

WHY YOU'LL LOVE IT: The cunning, daredevil urbEx members of Backbone will win you over as the ragtag, Ocean's Eleven-style crew of the sewers and abandoned warehouses. Iumazark's Brazilian/Japanese-fusion indie art style brings edgy energy to every dark corner. And fans of THIEF OF THIEVES and the film NOW YOU SEE ME will find a lot that entices them.

WHAT IT'S ABOUT: An urban spelunking group in San Francisco discovers a secret bunker belonging to the long-vanished 1930s stage magician Blackhall the Incredible at the same time as young, out-of-work magician Ivan receives a mysterious package that points him toward a possible conspiracy involving Blackhall's death in 1934. Both groups dive into the mystery, not yet realizing that it's about the change their lives forever.
See More See Less

Last Contract
"What's to Love: Last year, John Wick reminded everyone why hitmen make for awesome stories. Of course, we've known that for years as evidenced by The Killer and Hit. Ed Brisson's (Batman & Robin Eternal, Sheltered) take on a retired hit man who finds himself as the target is a calculated thriller that kept us guessing until the end, and newcomer Lisandro Estherren's (Tall Tales from the Badlands)
Turncoat
"What’s to Love: Employing the most compelling elements of science fiction and the detective genre, Turncoat is a gripping exploration of power vacuums and the legacy of oppression. Alex Paknadel (Arcadia) and Artyom Trakhanov (Undertow) tell the story of a guilt-ridden protagonist through a grisly quest for a truth. Turncoat will scratch that itch you have for dark sci-fi like Blade Runner, The 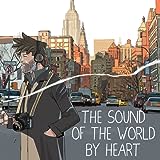 The Sound of the World by Heart
An experiment in social isolation turns into a journey of self-discovery as a photojournalist commits to spending sixty days in New York city without talking to a single person. More than just an exercise in observation and self-control, he's hoping to forget a troubled past and mend a broken heart. But the city has a sneaky way of throwing the best laid plans and noble efforts to waste, revealing 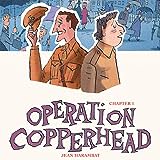 Operation Copperhead
Adventure, drama, spies, secrets, and even a dash of romance. This extraordinary story tells the tale of two movie stars being pulled into the intrigue of counterintelligence and disinformation campaigns during World War II. Churchill is looking for someone to impersonate Britain’s top general, and it’s up to David Niven and Peter Ustinov to train the lucky lad. They’re in a race against the