WHY BOOM! LOVES IT: Ever wonder what's behind that "No Trespassing" sign? Co-creators André Sirangelo and Gabriel Iumazark takes us deep into the renegade world of urbEx (urban exploration). Throw in a decades-old conspiracy involving vaudeville magicians and occult spiritualists and you've got us hooked.

WHY YOU'LL LOVE IT: The cunning, daredevil urbEx members of Backbone will win you over as the ragtag, Ocean's Eleven-style crew of the sewers and abandoned warehouses. Iumazark's Brazilian/Japanese-fusion indie art style brings edgy energy to every dark corner. And fans of THIEF OF THIEVES and the film NOW YOU SEE ME will find a lot that entices them.

WHAT IT'S ABOUT: An urban spelunking group in San Francisco discovers a secret bunker belonging to the long-vanished 1930s stage magician Blackhall the Incredible at the same time as young, out-of-work magician Ivan receives a mysterious package that points him toward a possible conspiracy involving Blackhall's death in 1934. Both groups dive into the mystery, not yet realizing that it's about the change their lives forever.
See More See Less 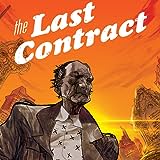 Last Contract
"What's to Love: Last year, John Wick reminded everyone why hitmen make for awesome stories. Of course, we've known that for years as evidenced by The Killer and Hit. Ed Brisson's (Batman & Robin Eternal, Sheltered) take on a retired hit man who finds himself as the target is a calculated thriller that kept us guessing until the end, and newcomer Lisandro Estherren's (Tall Tales from the Badlands) 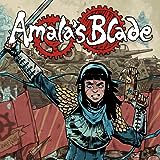 Amala's Blade
The kingdom of Naamaron is bitterly divided into warring factions, Purifiers and Modifiers, with both sides fearing the Great Vizier's deadliest assassin, Amala. With a price on her head,and a ghost monkey on her back,the future of both kingdoms may rest in her bloodstained hands! Collects the entire miniseries and Dark Horse Presents stories and includes a never-before-published Amala's Blade sto 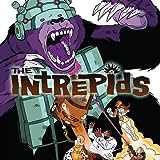 The Intrepids
The Rat Bastards are a collection of runaway and homeless teenagers that have been taken in and cared for by an aging inventor, Dante. Applying his brilliance, he crafts marvelous technological contraptions. With his vision and help, the teenagers agree to don his technology for the betterment of mankind. Together, they combat tyranny and stop madmen from bringing harm to the world. 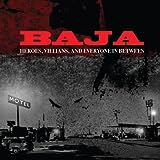 Baja
Illustrator Nathan St John and writer Ben Wagner bring modern noir to the West in the original graphic novel BAJA. In this sexy, twisting thriller, Hil and Zack-- a beautiful woman and a man who knows better-- must escape a stalker whose fate is tied to their own. St John and Wagner play with conventions, leading readers in unexpected directions with a story that deftly weaves two tales of love, s