On July 16th, 1945, the first test of the atomic bomb should have set in motion the end of World War II. It should have ushered in a new age of global technological advancement. And, it should have presented us with one of the greatest moral dilemmas in human history.

But in The Last West, the bomb fails. And a far greater catastrophe occurs. All scientific and technological progress ceases. Artistic, cultural, and social advancements disappear. World War II continues, unending. For sixty years everything slowly crumbles and fades, until an astounding discovery is made. The missing element on July 16th was a man... A man named Stephen West. And he may be the key to reigniting the world.
See More See Less 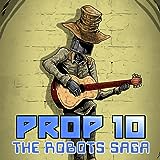 Prop 10 - The Robots Saga
The United States of America is no more. All that remains of America are a handful of dystopian mega-cities and bantam settlements scattered across the continent. The status of other countries across the globe is currently unknown due to disruptions in global communication. In the defiantly proclaimed city known as Texas 2.0, (formerly the Dallas-Fort Worth metroplex), economic hardship and povert 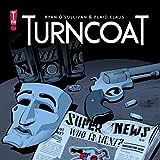 Turncoat
Turncoat follows the story of Duke, the world's worst superhero assassin, and his constant battle with his ex-wife-and-rival assassin, Sharon. Duke is always one step behind Sharon, constantly missing out on the "big hit" that will set him for life. (It certainly doesn't help matters that he only ever seems to go up against D-list superheroes like "Bug-Boy" and "Freedom Fi 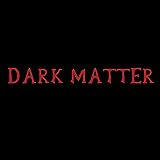 Dark Matter
A series of anthologies, with stories of varying genres, that explore the dark side of life. Sometimes down-to-earth, sometimes fantastical and always with a dark theme or twist. Don't expect a happy ending. 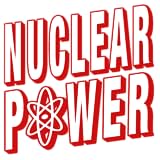 Nuclear Power
October of 1962. The Cold War between the US and the Soviet Union is at its peak when the unthinkable happens: nuclear war. Sixty years later, the remaining 13 states rose from the ashes to form the American Union, governed by the authoritarian Joint Chiefs of Staff and protected by a border wall to keep out nuclear radiation . . . and the individuals who were enhanced by it. Nuclear Power is a