Recovering from the fight and furious for revenge, Triple Threats member Tokuga solidifies his ties with the duplicitous Wonyong. Meanwhile, when Republic City's housing crisis reaches its peak, Zhu Li sets her sights on the biggest public figure in the city—President Raiko—in a bid for the presidency! With her friend's success, the future of the spirit portal, and the wellbeing of Republic City's citizens at stake, can Korra remain neutral and fulfill her duties as the Avatar?


Written by series co-creator Michael Dante DiMartino and drawn by Irene Koh (Teenage Mutant Ninja Turtles, Afrina and the Glass Coffin), with consultation by Bryan Konietzko, this is the official continuation of The Legend of Korra!
See More See Less 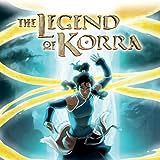 The Legend of Korra
This edition gives you an in-depth look at the creative team behind the vibrant and richly detailed world of Korra. Discover never-before-seen artwork created during development of Book Two: Spirits. With detailed commentary throughout, this is an intimate look inside the creative process that brought the mystical world of bending and a new generation of heroes to life! * Never-before-seen artw 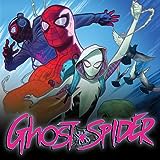 Ghost-Spider (2019-2020)
Collects Ghost-Spider (2019) #1-5. Gwen Stacy makes her way to the Marvel Universe! With a cloud of infamy hanging over her head in her home dimension of Earth-65, Gwen now travels to the Prime MU for super hero action…and school! The newest student at ESU is about to get a crash course in multiversity as she splits her time between the world she loves and the world she's just getting to know
Heavy Vinyl
Previously known as Hi-Fi Fight Club. Film and TV director Carly Usdin (Suicide Kale, RuPaul's Drag Race) teams up with breakout artist Nina Vakueva for a new series that's music to our ears! New Jersey, 1998. Chris has just started the teen dream job: working at Vinyl Mayhem, the local record store. She's prepared to deal with anything—misogynistic metalheads, grunge wannabes, even a crush o 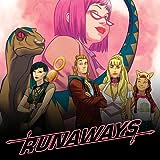 Runaways (2017-)
Collects Runaways (2017) #1-6. The "it" book of the early 2000s is back, with the original cast — Nico! Karolina! Molly! Chase! Old Lace! And could it be…Gert?! The heart of the Runaways died years ago — but you won't believe how she returns! Superstar author Rainbow Rowell teams with fan-favorite artist Kris Anka to revive the series you can rely on to shock you and break your heart! Did