The Man Who Loved Breasts

Series
The Man Who Loved Breasts

By day, Robert Goodin works in the animation industry on shows like Rugrats, As Told by Ginger, The Wild Thornberrys and American Dad. And by night, he's a comics artist/illustrator whose work has appeared in McSweeney's Quarterly Concern, Mome, Project: Romantic and for the Los Angeles Metro Transit Association.

Several years back,Top Shelf used to distribute a super-deluxe line of his mini-comics, and now we're very proud to publish his latest project: THE MAN WHO LOVED BREASTS -- a one-shot, 32-page comic book with three amazing stories... In the title piece, "The Man Who Loved Breasts," we follow Stanley, a man who has worked a dead-end job his whole life. While looking for a way out, he has epiphany that the secret to happiness is to make a living doing what you love. And while you may be able to guess what he loves most, can you guess where his ambitions take him!? The back-up stories are equally fun, with "George Olavatia: Amputee Fetishist" involving a fertility clinic and a man with specialized tastes, and "A 21st Century Cartoonist in King Arthur's Court," where we find out how useful a cartoonist would have been in the middle ages.
See More See Less 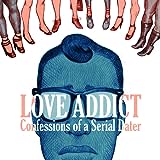 Love Addict: Confessions of a Serial Dater
LONELY? THERE'S AN APP FOR THAT. Reeling after a breakup, young animator "K" is pushed by a friend to join the popular dating site Lovebug. His journey begins as a search for true love, but soon awakens a relentless craving for novelty and sexual conquest. With the touch of a button, K embarks on a dating spree, browsing a digital marketplace of the flesh. Who can stop when Lovebug offers an endle 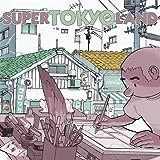 Super Tokyoland
In August 2002, artist Benjamin Reiss flies to Tokyo to spend a year with Kayoko, the Japanese girl he met in France a year earlier. What he finds upon landing is a vast and complex culture, steeped in tradition but full of surprises. As one year stretches into six, Benjamin becomes immersed in the world of sento baths, taiko drums, and bento boxes, while studying cartooning under several masters 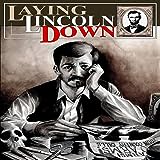 Laying Down Lincoln
Laying Down Lincoln is the story of Harry Cattell as he struggles with the task of embalming Abraham Lincoln and the many trials he faced during the Civil War. The series begins in 1861 when a less cynical Cattell quits medical school to volunteer for the Union Army to perform his patriotic duty, his trials of life as a soldier, and witnessing some of the reasons why Americans felt compelled to se 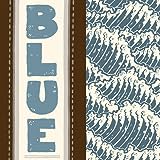 Blue
96 pages! Blue is the debut graphic novel of Australian cartoonist Pat Grant. Part autobiography and part science fiction, Blue is the story of three spotty teenagers who skip school to go surfing only to end up investigating rumors of a dead body in their beach town. Habibi's Craig Thompson said this about Blue: 'This book rekindles my earliest enthusiasm for the comics medium. Pat Grant is the