In her 6,000 years of life, death, warfare, and sin, Andy has never faced an enemy so deadly as the killer who stands before her now. After disrupting a human trafficking operation, Nile and the rest of the team meet the mastermind—a figure from Andy’s past she never thought she’d see again.

Soon to be a major motion picture starring Charlize Theron and KiKi Layne, THE OLD GUARD roars back! From the acclaimed New York Times-bestselling team of GREG RUCKA and LEANDRO FERNÁNDEZ and the stellar artistic talents of DANIELA MIWA, JODI WYNNE, and ERIC TRAUTMANN.

The Old Guard
Eisner-winning writer GREG RUCKA (LAZARUS, BLACK MAGICK, Wonder Woman) and critically acclaimed artist LEANDRO FERNÁNDEZ (THE DISCIPLINE, Deadpool, Punisher: MAX) team up together to introduce THE OLD GUARD, the story of old soldiers who never die...and yet cannot seem to fade away. Trapped in an immortality without explanation, Andromache of Scythia—"Andy"—and her comrades ply their trade fo

Lazarus
In a dystopian near-future government is a quaint concept, resources are coveted, and posession is 100% of the law. A handful of Families rule, jealously guarding what they have and exploiting the Waste who struggle to survive in their domains. Forever Carlyle defends her family's holdings through deception and force as their protector, their Lazarus. Shot dead defending the family home, Forever's 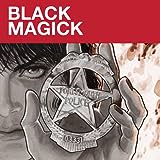 Black Magick
The hammer falls this Halloween! From New York Times bestselling and Eisner Award winning writer GREG RUCKA (LAZARUS, Stumptown, Gotham Central) and superstar artist NICOLA SCOTT (Birds of Prey, Secret Six, Earth 2)! Detective Rowan Black works robbery/homicide for the Portsmouth PD, but her greatest mystery is the truth about herself...both who she has been, and who she will become. Yet there 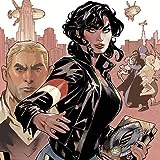 Adventureman
WHERE HIS STORY ENDED...HER STORY BEGINS! Everyone knows the story of how ADVENTUREMAN, the greatest pulp hero of all time, ended in a heartbreaking CLIFFHANGER with our hero facing his very execution...now, learn the startling truth about how, 80 years after his seeming demise, single mother Claire and her Adventurefan son Tommy light the spark of RESURRECTION! Can these inheritors of the Adventu 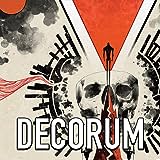 Decorum
There are many assassins in the known universe. This is the story of the most well-mannered one. “Manners are a sensitive awareness of the feelings of others. If you have that awareness, you have good manners, no matter what knife you use.”