From one of the hottest writers in the industry, Tom King (BATMAN, GRAYSON) and artist Barnaby Bagenda (A1) comes the critically acclaimed OMEGA MEN: THE END IS HERE—a revolutionary new take on the classic DC space opera.

THE GALAXY'S MOST WANTED

Kyle Rayner, the White Lantern, is dead. And the Omega Men killed him. On live TV. They're a criminal gang, a terrorist organization, a fanatical cult.

And they're the only hope for freedom this godforsaken sector of the universe has.

No matter what the citizens of the Vega System think they saw, the White Lantern lives…as the Omega Men's prisoner. What they really want him to be is their latest recruit in their relentless war against the all-powerful Citadel and its tyrannical Viceroy.

As Kyle gets to know this motley crew of outlaws, he'll question everything he knows about being a hero. In this strange system where the Green Lanterns are forbidden, will he break his oath and join their revolution? Or will he discover that the Omega Men are monsters in the end? 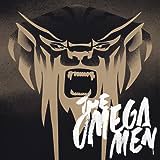 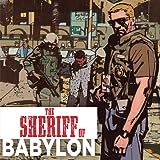 Sheriff of Babylon (2015-2016)
Baghdad, 2003. Florida Police officer turned military contractor Chris Henry is tasked with training a new Iraqi police force. When one of his trainees ends up dead, Chris is forced to team up with Nassir, the last remaining cop in Baghdad. Pulling the strings to bring them together is the mysterious Sofia, an American-educated Iraqi who has returned to take control of the city's criminal underwor
The Multiversity (2014-2015)
Join visionary writer Grant Morrison and a cast of unforgettable characters from 52 alternative Earths of the known DC Multiverse for an adventure to save the all of reality! Comprising six complete adventures—each set in a different parallel universe—plus a two-part framing story and a comprehensive guidebook, THE MULTIVERSITY is more than just a multipart comic-book series, it’s an experie 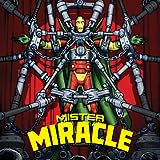 Mister Miracle (2017-2019)
From the team behind THE SHERIFF OF BABYLON and the Hugo Award-nominated writer of Vision comes a unique new take on one of Jack Kirby’s most beloved New Gods. Scott Free is the greatest escape artist that ever lived. So great that he escaped Granny Goodness’ gruesome orphanage and the dangers of Apokolips to travel across galaxies and set up a new life on Earth with his wife, the former f 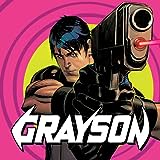