The One Trick Rip-Off + Deep Cuts

Young lovers Tubby and Vim want to escape-- escape the mistakes they've made, the lives they've lived, and the dirty city weighing them down. Their plan is simple-- all they have to do is rip-off Tubby's pals, the One Tricks-- the toughest street gang in LA.

If they pull it off, they're set for life. If not, their lives won't matter much anyway.
What was going to be a smooth, straight-forward heist becomes a fast-paced battle to the death.

From Eisner Award-winning writer/artist PAUL POPE (Batman: Year 100, THB, Heavy Liquid, 100%) and presented for the first time in color by JAMIE GRANT (All-Star Superman). ONE TRICK RIP-OFF/DEEP-CUTS is 288 pages of raw power, of which over 150 pages are comprised of new, rare, and never before seen stories created during POPE's time traveling the world in the '90s.

Included in the "Deep Cuts" section is a bounty of unpublished and rare work POPE did in the '90s, including the legendary "Supertrouble" manga, created for Kodansha in Japan, appearing here in print for the first time.
It's a tour de force of pure, kinetic storytelling that will keep your eyes peeled until the very last page. 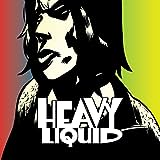 Heavy Liquid
Celebrate the 20th anniversary of PAUL POPE's (Battling Boy, Batman: Year 100) Eisner-nominated sci-fi/cyberpunk classic with this new edition. Time Magazine listed HEAVY LIQUID among the 100 most important science fiction graphic novels of the decade when it originally debuted in the 2000s, and its relevance and influence has only increased since it was first published. In a future where New York 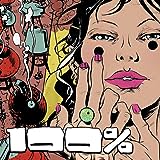 100%
Following the 20th anniversary edition of PAUL POPE's HEAVY LIQUID, IMAGE is proud to release POPE's follow-up, 100%, in a newly remastered edition collecting all 5 issues, a gallery of the wraparound covers, unseen art and sketches, and a stunning wraparound cover colored by YUKO SHIMIZU. Time Magazine listed both HEAVY LIQUID and 100% among their 100 most important science fiction graphic novels 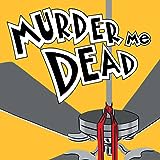 Murder Me Dead
Collects MURDER ME DEAD #1-9. After a decade out-ofprint, another great El Capitán graphic novel returns! David Lapham's love letter to classic noir takes you down the long, dark road of obsession, sex, betrayal, and murder. Peeling back the carefully constructed facades of each character, he exposes the true nature of their humanity and propels you toward a final, horrifying revelation. 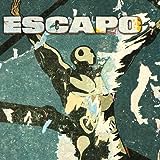 Escapo
From the mind of three-time Eisner Award-Winner Paul Pope comes Escapo! Like a feverish mash-up of Fellini films, Heavy Metal magazine, and classic Jack Kirby comics, Escapo tells the tale of a circus escape artist extraordinaire, who can escape from any situation - even from Death himself! However, there is one force even more powerful than the Reaper which Escapo must face. A meditation on life,