The PHANTOM LEMUR!
The Mystical Magic Begins! Have you ever wondered what's up with the stars painted on the walls at AW YEAH COMICS? Have you ever noticed the odd silver-star while shopping at AW YEAH COMICS comic shop? Well that silver-star may just be a magic portal to the Realm of the Phantom Lemur! THAT'S RIGHT! Our adventures just became Magical! Where do the Phantom Lemur's powers come from? Are they linked to the Rhumbl Ruby Rock? And what does Awesome Bear have to do with the magic? What kind of Magic creatures lives within this Realm? Wow, lots of questions! The PHANTOM LEMUR is our first "spin-off" comic from the world of ACTION CAT and ADVENTURE BUG and is coming at you as a digital first! We are excited too! From the Eisner Award winning creators who brought you TINY TITANS, Itty Bitty HELLBOY, SUPERMAN Family Adventures and AW YEAH COMICS! Art Baltazar and Franco. True story.
See More See Less 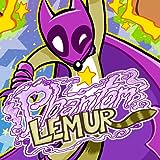 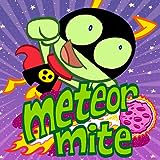 Meteor Mite
METEOR MITE! Years in the making! A tale of Galactic Proportions! Finally Meteor Mite comes to Earth! The first 8 pages were originally presented in Dark Horse MYspace Presents. And now...finally the series continues with this full issue adventure! The evil Alien Meteor Mongers invade earth! They will not stop until they find the Enchanted Crystal! WHAT? Can this Crystal be the ultimate power in 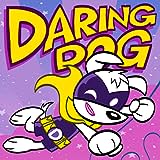 Daring Dog
DARING DOG Every story has a beginning. Some of Legend. Some of Legacy. This is the beginning of the Daring Dog saga! Daring Dog has been a hero throughout all the ages of time in the AW YEAH UNIVERSE! Meet Donohue and Daphne Dare, the Daring Dog Duo of the Modern Age. Daphne is on her way to become the NEW Daring Dog. But sometimes planning and training can take unexpected twists and turns. D 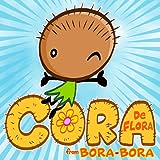 Cora De Flora from Bora Bora
CORA De Flora from BORA BORA By Art Baltazar Welcome to the world of CORA! She's a coconut and she loves to paint! But what happens when she runs out of a certain color? What happens when that color is blue, the rarest color on the island? Solution: find the flower that makes the color. But, the flower is guarded by the evilest guy on the island...The GRZZLRR! OH NO! He's not nice at all! Per 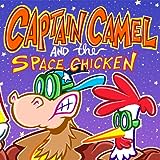 Captain Camel and the Space Chicken
CAPTAIN CAMEL and the SPACE CHICKEN Spinning off from ART BALTAZAR's original INDY hit series, CRAY BABY ADVENTURES, comes CAPTAIN CAMEL and the SPACE CHICKEN! We set the way-back machine to the year 2001. When Captain Camel and his partner The Space Chicken first showed up on the scene in their very own mini-series! This dynamic duo of intergalactic Bounty-Hunters-for-Hire, begin their first mis