The Phantom is an American adventure comic strip, first published by Lee Falk in February 1936. The main character, the Phantom, is a fictional costumed crime-fighter who operates from the fictional African country of Bangalla. The character has been adapted for television, film and video games.

The series began with a daily newspaper strip on February 17, 1936, followed by a color Sunday strip on May 28, 1939; both are still running as of 2019. In 1966, King Features stated that The Phantom was being published in 583 newspapers worldwide.
Frew Publication is the Australian Publisher of The Phantom.
See More See Less 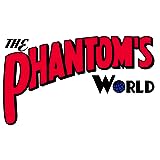 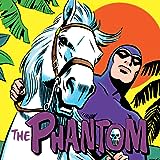 The Phantom
The all-new six part critically acclaimed mini-series written by Peter David with art by Sal Velluto triumphantly returning the original, Ghost Who Walks ― The Phantom― to comic books is now collected together as a deluxe graphic novel. This classic tale pits The Phantom against the Singh Brotherhood and their metal-handed leader who are intent on plundering an ancient fabled City of Gold. On