A child suddenly imbued with the powers of ancient gods is visited by a band of similarly gifted children. Will young Solomon hone his skills with the others, or will he risk unraveling existence and use his raw control over reality just to get revenge on some bullies? Writer Chuck Brown (Bitter Root) tells two tales of power, revenge, and empathy--with a main story illustrated by Jeremy Treece (Mandrake the Magician) and a bonus story illustrated by Kelly Williams (Creepy Comics). A new universe of creatures and heroes, written by Bitter Root's Chuck Brown! 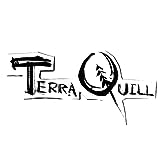 TerraQuill
For as long as there have been worlds, there have been stories to fuel them. We, too, become stories; some lost to time and some rooted in its soil. Here are ten tales of a vanished world. Welcome to TerraQuill. 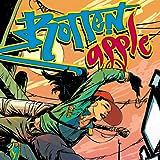 Rotten Apple
In the crumbling, chaotic city now known as Rotten Apple, San Gee is hired by religious fanatics to find a lost, sacred artifact called the Bleeding Rockbut other strange sell-swords are also on the hunt for the priceless relic! Collects stories from _Dark Horse Presents_ #2-#5. A manic, _Cannonball Run_-style race for a mystical relic by Sanford Greene! 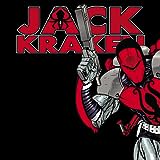 Jack Kraken
Jack Kraken is the best agent the Humanoid Interaction Agency has. Using his extranormal powers, Jack protects humans and humanoids alike from those who would kill them. Follow Jack's adventures rescuing kids and stopping the things that go bump in the night. Art by Sophie Campbell (The Abandoned), Tim Seeley (Ex Sanguine), and Jim Terry (The Crow)! 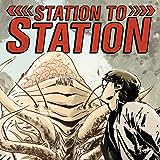 Station to Station
Something terrible has happened to the Bay Area. A pipeline explosion has totaled Treasure Island and destroyed the Bay Bridge. At least, that's the official story . . . An interdimensional monster has been brought to San Francisco, and only the men responsible can fight it off, but can they resist its brainwashing? From the pages of _Dark Horse Presents_! * From the writers of _Betrayal of the Pl