The Rest of Heaven Was Blue

Series
The Rest of Heaven Was Blue

A young soldier in the Vietnam War struggles with a personal descent into
purgatory. Ravaged by a firestorm of bullets, grenades, and napalm, he
finds himself in a moral abyss, tormented by grotesque visions of dead
soldiers and hounded by an illusory phantom figure. Relentlessly moving
through the warzone, the violence escalates to the most vile and base sort
as his misery traps him in a sea of indecision while caught in the wake of
atrocities under the driving force of his vicious platoon sergeant. If
Heaven hides nothing from us, then neither does Hell.
See More See Less 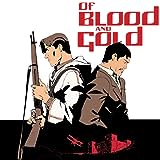 Of Blood and Gold
Two soldiers. A Pledge. The Adventure. Within the WWI trench, a French aristocrat officer, Calixte de Prampéand, and a Corsican soldier, Léon Matilo, make a deal. If they survive, they will turn into pirates and sail over the sea. Three years later, léon pays a visit to Calixte : there is business opening in arms dealing and I want you in. But beware, if you leave to gain your freedom, ther
Pale Horse
BOOM! Studios re-invents the Western - and you've never seen the Old West like this before. Ex-slave and former Union soldier Cole has spent the years following the Civil War building a reputation as the most fearsome bounty hunter in the land. But when the tables turn and a bounty is placed on Cole's head, all hell breaks loose. Finding himself unable to protect the thing most precious to him - h
Blue Note
New York. November 1933. Seven years of Prohibition is about to come to an end—seven years of mafia control of the illegal alcohol trade, of high-level corruption … and of the speakeasy, whose clientele enjoy not only liquor, but the Golden Age of Jazz. A world Irish boxer Jack Doyle is reluctantly drawn back to, to settle old scores. But what he thinks will be a simple fight turns into a web 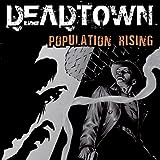 Deadtown
Sam Spade meets Dawn of the Dead! Set in a post-apocalyptic near future, DeadTown follows the exploits of CHAN who, having lost his family in the zombie plague, works as a private detective in a world crawling with the undead. Visually inspired by the rich black and white style of films like Touch of Evil and The Maltese Falcon, DeadTown combines the finest film noir traditions with the zomb