Better. Stronger. Faster. The original Six Million Dollar Man, Steve Austin, was a man barely alive until the OSI transformed him into the world's first Bionic Man. Now, he and Oscar Goldman are the most effective team in National Security. But a rogue faction in the OSI is making a power play for that position with a new type of infiltration agent - one that is completely obedient and robotic. Fan-favorite classic action figure Maskatron joins the official Six Million Dollar Man original television continuity. Can a soulless machine that wears Steve Austin's very face make the Six Million Dollar Man obsolete? And as Steve's world is threatened from within, his very actions unknowingly release an alien menace upon an unsuspecting world. It's a return to the original 1970s Six Million Dollar Man in all its groovy bionic glory - Da-Na-Na-Na-Na!
See More See Less 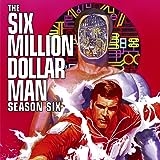 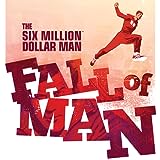 The Six Million Dollar Man: Fall of Man
The year is 1979. Iran has seized American hostages. Columbian drug cartels run rampant. And Le Chic's "Freak Out" dominates the charts. Amid this deeply troubled world, Steve Austin — everyone's favorite Six Million Dollar Man — is America's best hope in its fight against innumerable enemies. When Steve discovers disturbing secrets in OSI's past, he uses his cybernetic upgrades to rebel again
The Bionic Woman: Season Four
Continuing from the TV series, comes The Bionic Woman: Season 4! Jaime Sommers - THE BIONIC WOMAN - has earned a classic series continuation of her own! Jaime is trying to balance the hope of a normal life with her life as a government agent...but when you work for the O.S.I., even a routine mission to Mexico can prove to be far more dangerous than anyone expected!
The Bionic Man vs. The Bionic Woman
Steve Austin joins forces with the FBI to track down a mysterious, seemingly-bionic, serial killer. But when the Bionic Man disappears, only Jamie Sommers has a chance to find him. But if their paths cross, will it be as friends, lovers...or mortal enemies. Welcome to ARTIFICIAL (part 1 of 6). Nothing will ever be the same!
The Bionic Woman
Paris is the city of love? Not anymore... not since Jaime Sommers, the Bionic Woman, came to town hot on the trail of the Mission, a collection of insanely high-priced surgeons who've been murdering OSI's bionic prototypes in order to provide new life for billionaire patients. But while the Bionic Woman is hunting the Mission, their #1 hunter is after her! Can Jaime pick up the pieces of her past