When a fleet of spaceships crashes into northern Europe in 956 AD, a group of unlikely Viking heroes are the last line of defense against a brutal intergalactic warlord. Equal parts science fiction and fantasy, The Spider King follows the adventures of Viking warriors as they defend their world against alien invaders armed with futuristic technology and impossible weapons in this clash of genres. It takes all of the best aspects of medieval fantasy and science fiction, and smashes them together to create an unexpected twist on two well worn stories. 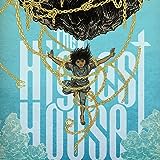 The Highest House
To be born a slave is a fact, not a fatality. And facts can be changed. In the country of Ossaniul, there is a fortress that is as disproportionate as it is inaccessible: the Highest House. Its masters, the noble family of Aldercrest, reign over a veritable army of slaves. At the bottom of the ladder, young Moth performs the most thankless tasks and has little hope of living past childhood. Until 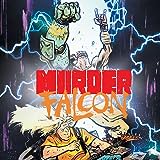 Murder Falcon
From DANIEL WARREN JOHNSON, the creator of the Eisner-nominated series EXTREMITY, comes MURDER FALCON! The world is under attack by monsters, and Jake's life is falling apart: no band, no girl, no future... until he meets Murder Falcon. He was sent from The Heavy to destroy all evil, but he can't do it without Jake shredding up a storm. Now, with every chord Jake plays on his guitar, the power of 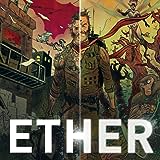 Ether
A science-minded adventurer gets mixed up in the mysteries of a fantasy world in this charming new adventure from an award-winning creative team. Boone Dias is an interdimensional explorer, a scientist from Earth who has stumbled into great responsibility. He's got an explanation for everything, so of course the Ether's magical residents turn to him to solve their toughest crimes. But maybe keepin 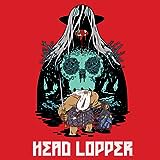