BE CAREFUL WHAT YOU WISH FOR

Satori, an adept Chaos Magician, casts a spell to try and win back his lost love, Star. Lilith, mother of demons, has other ideas. Summoned by Satori's magic, she makes it her mission to manipulate and separate the doomed lovers.

Satori knows he and Star are meant to be together. He battles demons, travels worlds and even transcends death for her but, however much she begs, he can't grant her the freedom she craves.

The Starblood Trilogy is a tale of sorcery, demonology, murder, sexual obsession and Gothic subculture. In the words of Jef Rouner (Houston Press) "You don't read [Carmilla Voiez's] books. You survive them." and Starblood may be the most brutal female-centred horror of them all. Winner of numerous indie awards, The Starblood Trilogy is being adapted into a series of graphic novels with art by Anna Prashkovich.

"Carmilla Voiez is more of a singer than a writer. She tells her compelling story in a hypnotic, distinctive voice that brings her eerie world vividly to life." Graham Masterton.
See More See Less 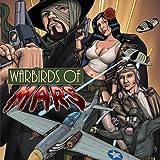 Warbirds of Mars: Web-comics (1944-1949)
It's 1948 and WWII has been superseded by an invasion form the stars! A thrilling retro-scifi/neo-pulp adventure in which Hunter Noir leads Jack 'Bomber' Paris, Josie Taylor and Mr. Mask in an attempt to unite the Martian Killers and retake the Earth! 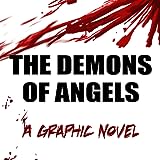 The Demons of Angels
In a fictional city where sin runs rampant, a disturbed young woman takes to a unique, nocturnal hobby - murdering sexual predators. The media favourite known as Bloody Mary soon makes the local most wanted list after killing the sons of the city's beloved mayor. She then saves the life of a curious college student who quickly catches feelings and unintentionally threatens her anonymity. As the po 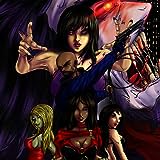 Epitaph Bread and Salt
An evil cult bent on world domination wars within as various factions try to rise to power in Chicago. Suggested for MATURE READERS. 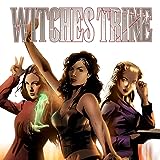 Witches Trine
WITCHES TRINE is the centuries-spanning story of three immortal witches: Olivia, the Scholar; Eva, the Healer; and Victoria, the Warrior. Their devotion to the Dark Arts is only surpassed by their loyalty to each other. When they find themselves in the middle of a sinister plot to raise the Antichrist, they will have to use all their Craft and unique abilities to save themselves and the world...