She kicks butts and eats nuts! They get stuck in ruts and shoot themselves in the foot(s)! But could Squirrel Girl be what the Great Lakes Avengers need to propel them into the big leagues? Or will she be the death of them? The same questions apply to new foe/recruit Deadpool — who struts and spills guts — but he's just playing second fiddle to 'dorable Doreen. Follow Squirrel Girl's complete adventures with the GLA (or is that GLI? GLX? GLC? It changes a lot!) — including battling Maelstrom, playing poker with the Thing, joining the Initiative during Civil War...and saving the planet from inebriation!
See More See Less 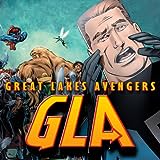 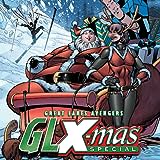 GLX-Mas Special (2005)
Marvel's own Milwaukee-based Misfits are back-in their very own, double sized X-mas special! Sure, they survived the GLA mini-series, but can Squirrel Girl, Mr. Immortal, and pals survive... the HOLIDAYS? 6 all-new features of mockery, morbidity, and merriment-- including the return of Grasshopper, Deathurge...and the Yuletide tyranny of Dr. Tannenbaum?!
The Unbeatable Squirrel Girl (2015-2019)
Galactus. Thanos. M.O.D.O.K. With her unique combination of wit, empathy, and totally kick-butt squirrel powers, Doreen Green- aka The Unbeatable Squirrel Girl- has taken all these chumps down! Alongside her friends Tippy-Toe (a squirrel) and Nancy (a regular human with no powers whatsoever- they checked), Squirrel Girl is all that stands between the Earth and total destruction!
The Unbeatable Squirrel Girl (2015)
Wolverine, Deadpool, Doctor Doom, Thanos: There’s one hero that’s beaten them all, and now she’s got her own ongoing series! (Not that she’s bragging.) That’s right, you asked for it, you got it, it’s Squirrel Girl, (she’s also starting college this semester!) It’s the start of a brand-new series of adventures starring the nuttiest and most upbeat super hero in the world! 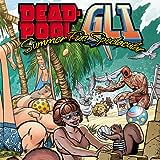