The Untamed, Vol. 1: A Sinner's Prayer

Would you damn the world to save the ones you love?

"I was given a second chance in death. Vengeance was offered and I was quick to accept."

After ten years in Hell, a nameless Stranger is offered a deal. Seven days for seven souls. Seven days to go back and reap the seven responsible for his murder and that of his wife and daughter. His payment? Freedom for their souls. So now he has returned, hell-bent on killing. But the Untamed's plans go beyond the small Town of Oasis and its wayward inhabitants. What could be the repercussions of one man's personal vengeance? The Untamed is the origin of the title character from Niobe: She Is Life.

PRAISE FOR THE UNTAMED:

"THE UNTAMED promises to be an epic tale, conceived and crafted not only with a great love of comics, but also a profound understanding of the power of visionary storytelling." - CLIVE BARKER (Hellraiser)

"Sebastian A. Jones is like the Robert E. Howard of our generation. THE UNTAMED is like Solomon Kane mixed with Kill Bill, only shrouded with more mystery and twice the action." - CAMERON HATHEWAY (Bleeding Cool)

"What's not to love about Jones and Bergting's The Untamed: it's a Sergio Leone, Frank Frazetta, William Blake fever dream mash-up. And that's just where it begins!" - LLOYD LEVIN (Watchmen, Hellboy, Boogie Nights)

"Sebastian A. Jones' THE UNTAMED is what we fantasy fans have been starving for -- a completely original dark and gritty thriller set in a brutal world that delivers on all levels." - ANDREW COSBY (Co-Founder of BOOM! Studios, 2 Guns, Creator of Eureka) 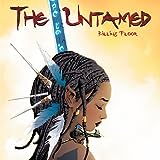 The Untamed: Killing Floor
Stranger and Niobe, a dead man and a would-be savior, reach the port city of Asarra Bay, a haven for thieves and killers, two of whom may know the whereabouts of Stranger's family. They just so happen to be the ruthless leaders of rival assassins guilds, and neither has much love lost for Stranger. 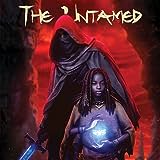 The Untamed: Still a Fool
The Stranger is bound for the icy realm of Herfang in search for his wife and child. But the Gods have other plans, thanks to his companion, Niobe Ayutami. The unlikely pair will find themselves in the heart of the Ugoma jungle, and it is Niobe who may come face to face with her family for the first time. Hidden within the old world, an Ancient is being reborn. Niobe and the Stranger must help the 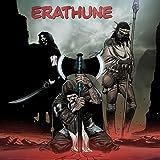 Erathune
Many years ago, Buxton Stonebeard was banished from his dwarven home amid a shower of blood. But his cursed axe demands a soul, and so the outcast must return. Accompanied by Skarlok, his unlikely Morkai ally, and Niobe, a budding hero, Buxton must save the town that condemned him. 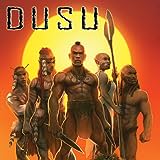 Dusu: Path of the Ancient
Dusu has been raised among the Galemren Wild Elves in the heart of the Ugoma Jungle, a world in which he does not belong. But Dusu is not entirely human either. He is on the Path to something more... for within him resides the spirit and the power of the cougar.