Tom Taylor is more than just the son of one of the world's most popular authors and the namesake of his most beloved creation, the boy wizard Tommy Taylor. He's a living weapon in a literal war of words, in which a shadowy cabal uses the power of storytelling itself to shape the world according to their own dark designs. And he was born and bred to close the book on them forever. But now his own story is headed for it's most dangerous twist yet - a real whale of a tale.

In order to harness his extraordinary powers, Tom must sail the seas of one of the greatest stories ever told, and hunt the white whale that has left countless stories of myth and madness in its wake. Meanwhile, his friends are hunted by a dangerous new enemy and facing identity crises of their own. Will Tom's voyage lead them all to the answer they seek? Or will he drown in the depths of a thousand and one unhappy endings? Collects issues #19-24
See More See Less 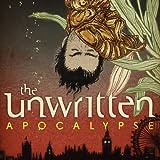 The Unwritten: Apocalypse
Continuing from the unexpected ending of the previous series, the final Unwritten tale begins--with Tom Taylor stranded at the beginning of all creation!
Jack of Fables
The "fractured-fairy-tale" series FABLES tracks a secret society formed by myths and legends, living in a hidden enclave in modern-day New York. But what happens when a wayward Fable roams the heartland of America? And how are all the legendary Jacks (Horner, Frost, etc) the same guy?
Fairest
New York Times best-selling, award-winning creator Bill Willingham turns the spotlight on the female FABLES--spinning secret histories of Sleeping Beauty, Rapunzel, Cinderella, The Snow Queen, Thumbelina, Snow White, Rose Red and others. They may be beautiful, but there will be blood.
Trillium
Two disparate souls separated by thousands of years and hundreds of millions of miles. Yet they will fall in love and, as a result, bring about the end of the universe. This isn't just a love story--it's the last love story ever told.