Part 2 In a dark gothic future, New York City is the battleground for a bloody vampire war. Enter Angelika, an exotic dancer who works the seedy club scene to survive. One night, she is unwittingly turned into a creature of the night. As she tries to make sense of what she has become, Angelika learns of a centuries old vampire conflict that is being fought in the dark streets and underworld of New York City. Three great vampire clans are battling for control of the streets. Lord V'aad, a dark cloaked half demon/vampire from another dimension and his demon horde. V'aad is waging war against The Cult of Ordon, an ancient vampire clan who can shape shift into humanoid spider creatures. Caught in the middle is The Splatterpunks, a renegade vampire clan of punk rockers and leather clad bad boys. Each of the three clans possesses one or more of the five scroll Nosferatic prophecy known as The vampire verses. This ancient prophecy tells of a vampire queen that bears the mark of the scorpion and will destroy all of the vampire clans, thereby ending the vampire's existence on earth. However, if a vampire is to mate with Angelika and then kill her, he or she will inherit Angelika's power and be able to alter the course of the prophecy. Knowing this, each clan is trying to entice Angelika to join them with the ulterior motif to mate with and then slay her.

Angelika, after she realizes she is a creature of the night, sets out to get revenge on the one that killed her. Her path of carnage takes her on the hunt for her ex-pimp, Sharkey. The Splatterpunks, and a mysterious cloaked figure who gives her clues to her real identity. On her quest she discovers she is part of the larger scrolled prophecy, The Vampire Verses. More clues lead her to realize that killing Lord V'aad is the only way to end her nightmare.
See More See Less 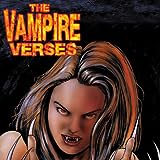 The Vampire Verses
This debut issue introduces Angelika, an exotic dancer in the NYC club scene who is unwittingly turned into a creature of the night. As she tries to make sense of what she has become she learns of a bloody Vampire War that is being fought in the streets and subway tunnels of New York City. Slowly the truth unfolds as Angelika begins to realize she is a key part of an ancient scrolled prophecy know 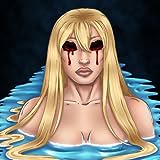 Natalia's Nightmare
"Most humans don't realize that monsters are real. They live amongst them, they walk amongst them, they hide in plain sight. I know this because I am one." Natalia. Natalia is the most hunted of all. She has abilities unlike any other and a secret that must be protected. After years of hiding, a chance encounter has devastating consequences and the world will never be the same again. 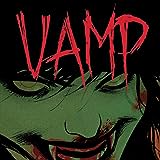 Vamp
The biggest hush-hush in Vegas is that Sanctus Hotel & Casino is run by vampires, and Julian Smith is their personal cleaner. As Head of Guest Relations, he makes sure their secret stays buried with the unluckier guests while keeping the rest of the clientele healthy, happy, and coming back for more. 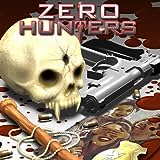 Zero Hunters
In the year twenty thirty three in Los Angeles a police officer in a special crimes unit that hunts down creatures of the night is obsessed with killing the vampires that murdered his family. He will do whatever it takes to hunt them down, no matter the cost to his soul. 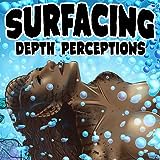 Surfacing: Depth Perceptions
When Marcus accepted the invitation from his childhood friend Anton to tour an expensive ocean research facility, he expected to catch up on old times and possibly hear a business proposal. Marcus soon discovers that Anton has a mermaid trapped inside the facility. What he decides to do with that mind-blowing information could change, ruin, or end his life forever.