Three Asgardian epics in one legendary volume! In a tale from Asgard's glory days, Thor stands beside his brothers-in-arms when the Warriors Three are put on trial for murder - and ties himself to their fate! Years later, the end is nigh for the gods - and only Thor and his Avengers allies might be able to stave off Ragnarok, the end of all things! But will the Odinson be Asgard's savior, or the architect of its downfall? And will noble alien warrior Beta Ray Bill escape the end of one world - only to face the end of his own? Bill must face a creature of who turns his enemies to dust to fuel the stars! Can he save his people from cosmic immolation? 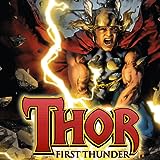 Thor: First Thunder
Revealed for a new generation: the origin-and first year on Earth-of the God of Thunder! Who is the enigmatic Doctor Donald Blake? What is the secret that drives him to travel the world, seeking its challenges, and how does it connect him to the banished Prince of Asgard? Why has Thor been exiled to walk amongst mankind-and battle threats from beyond the stars? And before the entire saga is over, 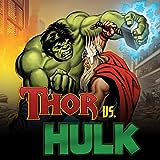 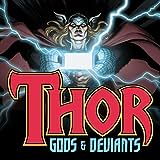 Thor: Gods & Deviants
Collects Loki (2004) #1-4, Thor: For Asgard #1-6, Astonishing Thor #1-5, Thor: The Deviants Saga #1-5. Rob Rodi and his incredible artistic collaborators present their epic take on Thor and his world - and Asgard has rarely been this astonishing! There are two sides to every story. You've heard Thor's, now it's time to hear Loki's, as Odin's least favorite son rewrites Asgardian lore from his o 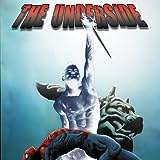 Dark Reign: The Underside
When Norman Osborn takes over, what happens to the villains who don't make his short list of acceptable allies? Grim Reaper, Mr. Hyde, Absorbing Man, Nekra, and Man-Ape are about to find out when their cooperative of crime lands on the wrong side of Norman's law - but they're not going down without a fight!