The God of Thunder takes on The Strongest One There Is as two Marvel Universe heavyweights clash! A rivalry for the ages begins shortly after Hulk quits the Avengers, with a test of strength between former teammates! Things escalate when the jade giant recruits powerful allies of his own, paving the way for Thor vs. Hulk to be the main event of an Avengers/Defenders War! Hammer meets fist again and again, including a journey to Hel and back, and blockbuster bouts between the Odinson and the Red Hulk! It's god against monster, in the Mightiest Marvel Manner of all! 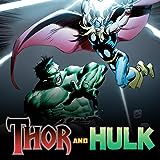 Thor & Hulk
Collects Marvel Adventures Super Heroes (2008) #7, 11, Marvel Adventures Hulk #12-13 and Journey into Mystery (1952) #112. The two most powerful Avengers star in mighty incredible adventures! When the Cobra strikes, Loki seizes the opportunity to meddle in the lives of Thor and Jane Foster! But the Thunder God has even bigger problems to deal with - we're talking Frost Giant and gigantic demon
Thor (1998-2004)
Standoff Part 1 (of 3) In war-torn Slovakia, a group of troubled citizens pray to the Thunder God for help and he provides it in the form of a divine task force. The Pentagon doesn't take too kindly to this and sends Iron Man to stop the Odinson! 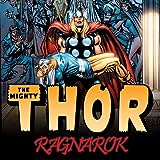 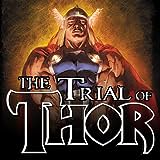