Presenting 11 celebratory specials commemorating 70 years of Marvel! Watch a scrawny kid from Brooklyn named Steve Rogers show the world that you don't need a super-soldier serum to be a hero. And it's the year 1940, and thanks to policewoman Betty Dean, the young Namor the Sub-Mariner has momentarily halted his jihad against the surface world. Find out if the Human Torch can learn to tap into the human side of the Torch, or must he sacrifice himself to save the people he has sworn to protect? All this plus much, much more! Collecting all the 70th anniversary specials!
See More See Less 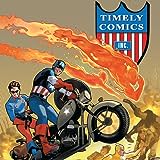 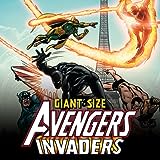 Giant-Size Avengers/Invaders (2008)
Whet your appetite for Alex Ross, Jim Krueger and Steve Sadowski's 12-part AVENGERS/INVADERS maxi-series with these classic tales! Witness the Invaders' first appearance in AVENGERS #71 (1969), as Earth's Mightiest Heroes encounter the wartime Captain America, Human Torch and Sub-Mariner - and experience the story from the Invaders' point of view in INVADERS ANNUAL #1 (1977). Finally, the Invaders 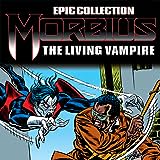 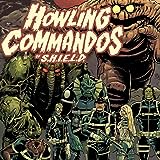 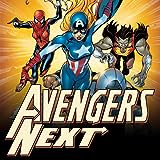 Avengers Next (2006)
Collects Avengers Next #1-5. The time has come for the next generation of Avengers to choose a new lineup, but first they must battle zombie versions of themselves! Then, as Katie Power (from Power Pack) joins the team, American Dream and her friends mount a search for the missing Thunderstrike. The man called Nova guest stars when strange visitors from outer space land on Earth. And more!