Tracy Queen, Volume 2: Dangerous Experiments brings back everyone's favorite love warrior, Tracy Queen! After leaving her grandfather's crime syndicate, she's struck out on her own. Now she's an independent woman with a raccoon for a best friend and a career in adult webcam modeling. But several months into her new life...she's so freaking bored!

Then she discovers her grandfather's gang trafficking a new kind of "merchandise". Tracy takes vengeance, and soon she's rescued four young women from a horrible fate.

Now, Tracy has a new mission: To destroy harmful ideas about who owns women's sexuality...by creating hot, consensual adult entertainment that puts Tracy in charge! First, she must help the women she's rescued get home, transform her warehouse into a film studio, and learn how to vet on-screen partners. Meanwhile, she's sidestepping her grandfather's surveillance. And Dickie Doublefinger, an L.A. smut producer, is trying squash Tracy's freedom! Then, Tracy faces a stunning betrayal that will culminate in a battle where Tracy faces the consequences of her own mistakes... 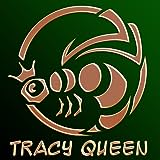 Tracy Queen
The granddaughter of a powerful organized crime boss, Tracy Queen was raised as her grandfather's secret weapon-a deadly enforcer with a brilliant scientific mind and an undeniable sex appeal. But then Tracy befriends Nikola, a coke-addicted supergenius who happens to be a runaway lab raccoon. He helps her escape her grandfather's crime syndicate and build a new life as a phenomenally popular indi 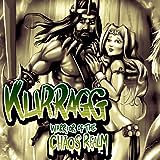 Kurragg - Warrior of the Chaos Realm
Kurragg is a poetic Barbarian. He came into fruition through a tradition I have, of always creating a Barbarian or Warrior character in RPG's, and always naming them Kurragg Boglash. My wife found the name hilarious, and quite cool, and constantly pushed me to actually create a comic about him. This is the result. - A tongue in cheek, yet somewhat sincere, Sword and Sorcery romp. His adve 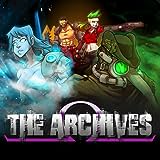 Nightfighter Chronicles
This is a companion series to our main title Nightfighter. It focuses on secondary characters and villains and provides backstories and world building elements. Each issue is self-contained and standalone. No previous reading or additional purchase is required to understand the story in each issue. 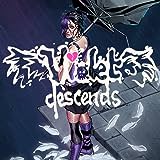 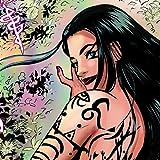 Bloom: The Origin of a Prophet
The year is 1969. Ramsey is an aspiring comic book artist who is trying to find inspiration for his femme fatale. When he meets wild dancer, Regina, at a street fair he invites her into the woods for a character photoshoot where she begins to break on through to the other side. Witness the psycho-delic origin of the most powerful character in the Hero Tomorrow Comics universe. A mind-bending 4 iss