Celebrate 25 years of Beast Wars! The Maximals and the Predacons are back in this all-new series. "In the beginning came the beasts, and all that creeps, crawls and flies—but nature lies, they're robots in disguise!" With this one line a whole new generation of Transformers toys and fans was created. Now, 25 years later, an all-new series brings your favorite characters back! In the future, the planet Cybertron belongs to the scientific-minded Maximals and the action-oriented Predacons! When a crew of Predacons, led by the successor to the Megatron name, steals a golden disk and a ship capable of traveling through time, it's up to Optimus Primal and his Maximal crew—Rattrap, Rhinox, Cheetor, and new character Nyx—to catch them! Collects issues #1–6, Savage Landing! 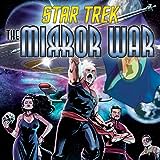 Star Trek: The Mirror War (2021-)
Following the failure of the attempt to steal ships from the Prime Universe, Picard and the Mirror Crew are called back to Earth to report to the Emperor personally... so long as they can survive the trip! 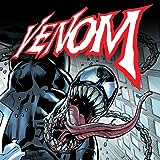 Venom (2021-)
AN EPIC NEW ERA FOR THE SINISTER SYMBIOTE STARTS HERE! Hot off the heels of VENOM #200 and EXTREME CARNAGE, we’re closing out 2021 with one of the most ambitious books in symbiote history – an all-new VENOM from some of comics’ greatest talents! Marvel mainstay AL EWING, who himself has just ended a character-redefining run on IMMORTAL HULK, is being joined by RAM V, a horror maestro all his 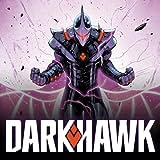 Darkhawk (2021)
Who is the ALL-NEW DARKHAWK? Connor Young is a seventeen-year-old star basketball player with the world ahead of him, until a surprising medical diagnosis changes everything. But what happens when a mysterious amulet finds him and gives him powers beyond belief? What will he do with these new abilities? Get in on the ground floor as KYLE HIGGINS (RISE OF ULTRAMAN, Radiant Black) and JUANAN RAMÍRE 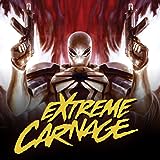 Extreme Carnage
VIOLENCE RUNS IN THE FAMILY! As the dust continues to settle after the species-redefining KING IN BLACK saga, Eddie Brock and his son, Dylan, won't be the only ones learning to adjust to a new normal. Collectively called the Life Foundation, symbiotes SCREAM, PHAGE, RIOT, LASHER and AGONY have tried to reconcile the sometimes-noble intentions of their hosts with their often-bloodthirsty impulses.