Guardian's End: The Comic that Blew My Mind
One comic fan's tale of how the shocking death in Alpha Flight #12 blew his mind! Not only that, but Tony Wolf lays out for you all the reasons Alpha Flight was surprisingly progressive for the early 80s - the first-ever gay superhero (Northstar), the first superhero with dwarfism (Puck), and the first non-superpowered female leader of a superhero team (Heather MacNeil Hudson). PLUS: What controversies have dogged John Byrne's otherwise progressive writing career? Also, can Puck really have inspired George R.R. Martin to create Tyrion Lannister, played to perfection by Peter Dinklage in the hit HBO series Game of Thrones? Tony Wolf takes you through his comics-obsessed mind in this 16-page comic!

Tony Wolf's comics have been featured in The New York Times & Vulture. 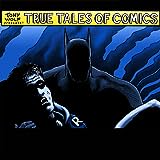 True Tales of Comics
Lifelong comics & pop culture fan Tony Wolf grew up to become a writer/artist, and here he shares his reflections about being a geek in the 80s, during what many consider to be a golden era of Marvel, DC and indie comic books! This unique autobio comics series is inspired by the work of creators like Dean Haspiel, Harvey Pekar, and Noah Van Sciver. 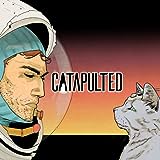 Catapulted
Catapulted is a black and white comic book about cats sent into space during the space race in the 1950's. Prior to manned missions to space, America experimented by sending chimps into space, Russia sent dogs and France... they sent cats (true story). Follow one cat's epic journey as it is Catapulted into space and experience the connections our feline protagonist makes with every person it i 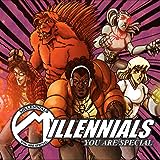 Millennials
A new generation of outcasts is born! Hunted by those that fear and don't understand them, Entitleman, Cyberbully, Buzzgirl, Know-It-All, and Mr. Hideous fight for peaceful coexistence with humankind! But can these heroes save everyone? 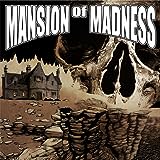 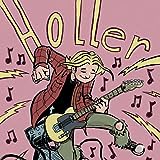 Holler: Holler
It's the 1990s. In the heart of the Appalachian Mountains four friends form a garage band while navigating the ups and downs of teenage existence.