"Big Man With A Gun" - McKenzie Jones: Law Hamster confronts a fleeing fugitive who possesses a crate of lawfully-seized drugs.

"Moanin" - Air Raid Robertson returns in this riff on hard-boiled noir. Robertson and Ridley are tasked with investigating a murder, but things are complicated when a mysterious (and valuable) bird statue gets thrown into the mix.

"The Adventures of Kaptain Katman" - Kaptain Katman is a cop. He faces his biggest challenge as a peace officer when a giant burrito begins attacking the city.
See More See Less 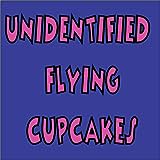