The next chapter in the critically acclaimed and award-winning "X" trilogy! The Earth is in a state of civil war. Within, the demise of the Celestial at the planet's core has left the world a hollow Earth indeed, with a re-polarization process that will lead to the deaths of every man and woman on the face of the planet. Upon the world, the mutated populace of Earth now seeks to unseat the authority of the heroes who protected and served them in the days when they were only human. Leading them in this charge against the powers that be is Mr. Church - who, unknown to the masses, is Mephisto, the very devil of ancient legend. And in the wake of Captain America's death, the remaining heroes on Earth have rallied around the reborn Captain Mar-Vell and his crusade to bring an end to the power of Death itself. A crusade that will lead to a series of revelations that will unearth the secret of multiple realities, that lie at the heart of the Kree-Skrull War and the very nature of heroism itself.
See More See Less 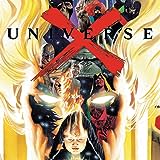 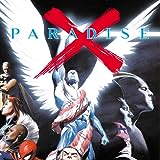 Paradise X (2002-2003)
Collects Paradise X #0-5, Paradise X: Xen And Heralds #1-3. In EARTH X, Captain America, the Fantastic Four, Thor, the Hulk and the X-Men discovered that their purpose - and the meaning of all super heroes and mutated people in the universe – was nothing more than to protect their host planet, in this case Earth, from outside invasion. They learned super heroes are merely biological antibodie 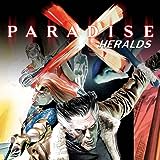 Paradise X: Heralds (2001)
To deliver a desperate warning to the Multiverse, the living computer known as X-51 forms a team of champions selected from different realities! Behold the Heralds: Wolverine, resurrected from the Days of Future Past! Deathlok, the Machine Man! Killraven, the Warrior of The Worlds! Bloodstorm, the vampire from MUTANT X! Iron Man 2020, the corrupt nephew of Tony Stark! Hyperion, the last living mem 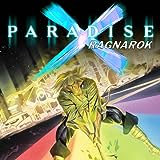 Paradise X: Ragnarok (2003)
What if Thor and the Asgardian gods fell? 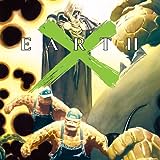 Earth X
The finale! Earth X's final fate is decided and Reed Richards has to make one final sacrifice.