In this thrilling volume, the rabbit ronin teams up with--and faces off against--a multitude of unexpected characters! First, bandits plunder a village threatened by flooding . . . but their reasons for pillaging will surprise even the most steadfast! Then, Usagi must work alongside his natural enemy--a Kappa--to cast out a violent renegade of the same species. Later, a Komori ninja must honor her debts when she and Usagi end up on opposing sides of a trade agreement gone wrong. Finally, Inspector Ishida returns to investigate a ghastly painting known only as the Hell Screen! 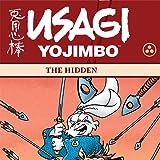 Usagi Yojimbo: The Hidden
A new story begins here! On his way to see Inspector Ishida, Usagi is confronted by Shogunate guards . . . a sign of the times. While unraveling a pair of murders in town later, Usagi and Ishida become wary as they find the corpses stripped of all identification--except for a talisman that leads to a startling discovery! * Part one of seven--the perfect place to start! ''Long story short,
Usagi Yojimbo Saga
Celebrating the thirtieth anniversary of Stan Sakai's beloved rabbit ronin, Dark Horse proudly presents Miyamoto Usagi's epic trek along the warrior's path in a new series of deluxe compilations, beginning with over 600 pages of Usagi's essential adventures. 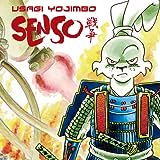 Usagi Yojimbo Senso
The rabbit ronin faces a menace from Mars in this extraordinary story from multiple Eisner award-winning creator Stan Sakai! Fifteen years in his future, Miyamoto Usagi fights with Lord Noriyuki's Geishu clan, in an all-out war against the treacherous Lord Hikiji. In the fury of the final battle, a mysterious metal rocket crash-lands from the heavens, shattering both armies and igniting a new, 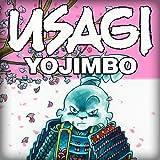