Venom and Wolverine enter the jaws of death! When the two lethal heroes are thrown into an unwilling interdimensional adventure, you'll still hear the screams even in space! Then, the law finally catches up with Eddie Brock — and Venom goes on trial! But even with Matt "Daredevil" Murdock on defense, what possible verdict could hand Venom a license to kill?! That's right: Venom becomes a hired gun for the government! But when he targets Ghost Rider and J. Jonah Jameson, Spider-Man must intervene! The bitter feud between Peter Parker and Eddie Brock is reignited — but can Spidey finally bring about Venom's big finish?
See More See Less 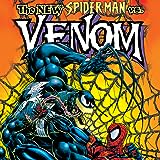 Venom: Along Came A Spider (1996)
Ben Reilly's been cruising as Spider-Man, so of course it was only a matter of time before he faced down one of the wall-crawler's greatest foes! VENOM busts Anne out of prison, and Ben is the only one that can stop him! 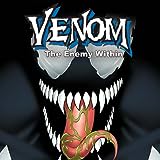 Venom: The Enemy Within (1994)
Collects Venom: Funeral Pyre #1-3, Venom: The Madness #1-3, Venom: The Enemy Within #1-3 And Incredible Hulk Vs. Venom #1. Venom goes looking for trouble - and boy does he find it in these action-packed tales! After turning over a new leaf and vowing to protect the innocent, Eddie Brock and his alien symbiote stalk the streets of San Francisco dispensing their own brand of justice! It's a verit 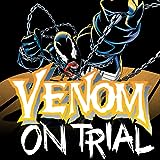 Venom: On Trial (1997)
When Venom is incarcerated, Matt Murdock steps up to be his attorney pro bono! 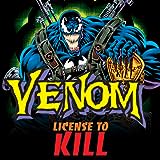 Venom: License to Kill (1997)
Venom...Federal Agent? It's true! The Lethal Protector takes on a new assignment, this time working for the United States to take down the nation's most loathsome and abominable threats.