Cured of the metabolic disorder that was affecting the symbiote's mental state, Eddie Brock is back to his old Lethal Protector self. But a certain wallcrawling super-sleuth can't just forget his recent crimes — and when Spider-Woman breaks down his door, it's Venom vs. venom blasts! Soon, Eddie learns a terrible truth: His "other" has been keeping an earth-shattering secret from him — one that will change everything! And at exactly the wrong time, a new enemy threatens to tear Eddie and the symbiote apart — and not just from each other! Plus: Relive the first classic clash with Venom's odious original offspring, the psychopathic Carnage!
See More See Less 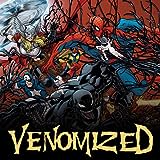 Amazing Spider-Man: Venom Inc.
Collects Amazing Spider-Man: Venom Inc. Alpha and Omega, Amazing Spider-Man (2015) #792-793 and Venom (2016) #159-160. It's an amazingly lethal Spider-Man/Venom epic! Peter Parker, Eddie Brock and Flash Thompson share a bond — literally! The Venom symbiote changed all their lives. Now the inky black alien life-form is doubling down on our heroes — and they won't be the only ones put through
Venom: First Host (2018)
Collects Venom: First Host #1-5. Before Eddie Brock…before Peter Parker…there was the Venom symbiote’s first host! And now, that host has returned in need of the symbiote’s help — because only by reuniting can the two prevent cosmic ruin! Meet the Kree soldier named Tel-Kar, and learn a secret chapter in the Venom symbiote’s history! And now, as Venom faces down a Skrull ambush and 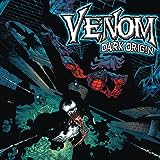 Venom: Dark Origin
On the unlikely day when an embittered, washed-up journalist met a spurned symbiotic organism from an alien planet, one of Spider-Man's greatest enemies was born - a force of evil and vengeance like no other in the Marvel Universe - VENOM! But is it as simple as that? Discover the true, twisted roots that gave rise to a lifetime of malevolence for Eddie Brock...AND the symbiote! Writer Zeb Wells (