Spinning out of the events of VENOMVERSE, the Children of the Atom and the Lethal Protector team up to take down an extradimensional threat! This is it, folks, the team-up you've been asking for: X-Men Blue and Venom must band together in the cold reaches of space to protect our universe from a threat more diabolical than you can ever imagine! But will Eddie Brock and his faithful symbiote, Marvel Girl, Cyclops, Iceman, Beast and Angel be enough to save the universe from the Poisons? It's a crossover like no other — one that will change the lives of Venom and the X-Men!
See More See Less

X-Men Blue (2017-2018)
THE ORIGINALS! Join MARVEL GIRL, CYCLOPS, BEAST, ICEMAN and ANGEL as they reclaim the title of X-MEN. After the world-shaking events of IVX, the original five X-Men are here to bring mutant criminals to justice and restore a heroic sheen to their team. But with a new leader in JEAN GREY and a new mentor in their "arch-frenemy" MAGNETO, will old rivalries and new conflicts tear these heroes apart?

X-Men Gold (2017-2018)
FROM THE ASHES OF INHUMANS VS X-MEN, AN ALL-NEW TEAM OF X-MEN RISES! Xavier's dream comes full circle as KITTY PRYDE takes the reins and assembles a squad of the most iconic X-Men to fight at her side. STORM. COLOSSUS. NIGHTCRAWLER. OLD MAN LOGAN. PRESTIGE. They are X-MEN GOLD! Brought to you by an all-star creative team of Marc Guggenheim (X-MEN, S.H.I.E.L.D., television's Arrow) and Ardian Syaf 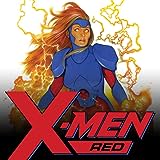 X-Men Red (2018)
Collects X-Men Red #1-5 and Annual #1. Jean Grey is back — and recruiting her own team of X-Men! Reborn into a world very different than she remembers, Jean gathers allies including Nightcrawler, Namor and the All-New Wolverine to combat a growing anti-mutant movement that threatens to tear down Xavier’s dream! Jean has a vision and a plan — but first her Red squad must infiltrate a top-s
Astonishing X-Men (2017-2018)
Collects Astonishing X-Men (2017) #1-6. Charles Soule and a stellar roster of superstar artists unite to put the Astonishing back in the X-Men! An ancient evil is attacking the world's most powerful minds. It will have them by the time you finish this sentence, and a moment later, it will have us all. A band of X-Men discovers the truth behind the threat, but is there any time left for Psylocke
All-New X-Men (2015-2017)
Hated and feared more than ever, the world is a dangerous place for mutants. As the few remaining X-Men retreat into seclusion, a handful of mutant teenagers refuse to allow their destiny to be decided for them. Cyclops. Beast. Iceman. Angel. The All-New Wolverine. Kid Apocalypse. Oya. Stepping out of the shadows of their predecessors, the All-New X-Men are striking out on their own, determined to