Beginnings
How do you become a vampire? Not by being bitten in the neck! If you're reborn as a vampire, it's due to your karma. It's a new concept to newly reborn vampire, Heidi Helgamann. Her vampire teacher, or guru, Sloka begins Heidi's new undead life by telling her the story of Javas, an ancient monk who became a vampire that would vow to save all vampires from eternal misery, the Vetala Buddha. But questions linger. Heidi can't remember how she died and what does Javas' mysterious past have to do with his destiny? And what happens if Javas doesn't become the Vetala Buddha?!

This is Issue 1 of a six-issue series.
See More See Less 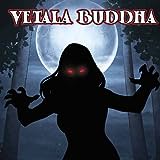