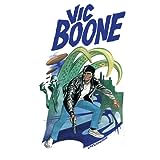 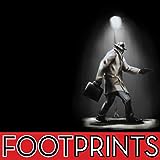 Footprints
When Bigfoot's estranged brother Yeti is murdered in the Arctic, Foot finds himself with no choice but to reunite his disbanded team of P.I.s to unravel a web of conspiracy. Along with Loch Ness Monster, Chupacabra, Jersey Devil and Megalodon, Foot embarks on a hard-boiled journey that leads him right back to the past he tried to forget. 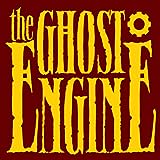 The Ghost Engine
A high-stakes art thief. (she mouths off a lot) A reality show bounty hunter. (he's kind of a sleaze) The ghosts that live inside their heads. (one good, one's evil) An arcane machine hidden in the Paris catacombs. (that's in France) The secret organization that wants it. (you in danger, girl) The Ghost Engine is DOUBLE the buddy cop dysfuncti 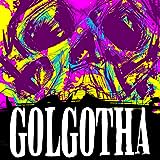 Golgotha
When the skull of horror icon H.P. Lovecraft is stolen from his grave, a group of junkie misfits set out on a quest to retrieve it. Standing in their way are their enormous drug habits, belligerent punk rockers, Brazilian vampires, and the unspeakable horrors of Lovecraft's fiction seeping into reality... "A great, fun, fresh surprise. A lot of wit, paced by creators who understand both character 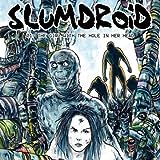 Slumdroid
Welcome to Betatown...where Sheriff is the only law enforcement droid; barely keeping the lid on a dilapidated ghetto of underused and under maintained industrial machines. When he finds a naked, injured woman walking through Beta Town with no memory of how she got there, Sheriff is left with a serious problem. His programming states he must protect any human, but her pursuers are Alpha machi